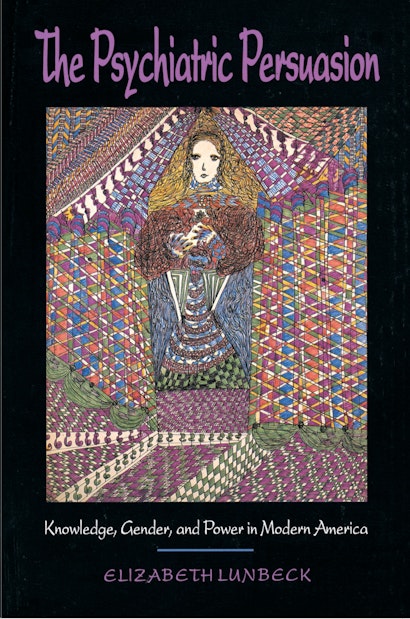 In the years between 1900 and 1930, American psychiatrists transformed their profession from a marginal science focused primarily on the care of the mentally ill into a powerful discipline concerned with analyzing the common difficulties of everyday life. How did psychiatrists effect such a dramatic change in their profession’s fortunes and aims? Here, Elizabeth Lunbeck examines how psychiatry grew to take the whole world of human endeavor as its object.

Elizabeth Lunbeck is Associate Professor of History at Princeton University.

"Lunbeck has found a fascinating archive [at the Boston Psychopathic Hospital] and she has read it meticulously.... The story of the men and women who transformed psychiatry from a nineteenth-century hodgepodge of moralism, religion, and charlatanism to a twentieth-century human science ... is told here with more detail, more immediacy and more insight than ever before."—The New York Times Book Review

"Beautifully written, elegantly conceived.... A major contribution to the growing literature on the history of the professions. It will interest not only historians of science but also scholars in a variety of fields who are concerned with issues relating to gender, power, and the rise of sexual modernity."—The Journal of American History

"If you like stories, you will like this book, as I do. It's a good read. . . . for its rich depictions of the contradictory modernism of early twentieth-century psychiatry. It offers a feast of telling stories."—Susan Stanford Friedman, The Women's Review of Books

"[With] the tools of a historian and the skills of a talented writer, [Lunbeck] . . . uses a social context to examine how psychiatrists viewed society and how society shaped the development of psychiatric thought. . . . Her book will be of interest to students and professionals in the field of mental health, as well as to historians, sociologists, and general readers interested in the early 20th century in America. . . . highly readable, informative, and even picturesque in its evocations."—New England Journal of Medicine

"Elizabeth Lunbeck seeks to probe the dynamics and underlying cultural assumptions of psychiatric thought and practice. In a significant way, she lays the foundation for an understanding of the subsequent emergence of psychodynamic and psychoanalytic psychiatry. Not only will her book be of interest to social and cultural historians, but it will also find an audience among those concerned with gender-relates issues."—Gerald N. Grob, Rutgers University