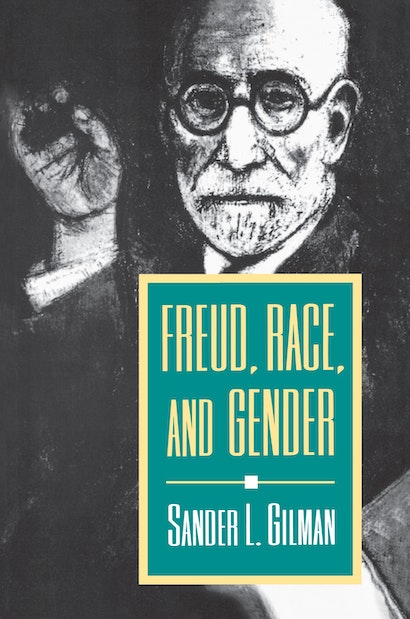 A Jew in a violently anti-Semitic world, Sigmund Freud was forced to cope with racism even in the “serious” medical literature of the fin de siècle, which described Jews as inherently pathological and sexually degenerate. In this provocative book, Sander L. Gilman argues that Freud’s internalizing of these images of racial difference shaped the questions of psychoanalysis. Examining a variety of scientific writings, Gilman discusses the prevailing belief that male Jews were “feminized,” as stated outright by Jung and others, and concludes that Freud dealt with his anxiety about himself as a Jew by projecting it onto other cultural “inferiors” — such as women. Gilman’s fresh view of the origins of psychoanalysis challenges those who separate Freud’s revolutionary theories from his Jewish identity.

Sander L. Gilman is the Henry R. Luce Professor of the Liberal Arts in Human Biology at the University of Chicago. He holds positions there as Professor of Germanic Studies and Professor of Psychiatry and is a member of the Fishbein Center for the History of Science and the Committee on Jewish Studies. He is a cultural and literary historian and the author or editor of over forty books.

"[The book's] power rests in Gilman's understanding of the complex interactions and negotiations that drive the logic of bigotry and in its revelations about the deeper pathological connections between sexism, racism, anti-Semitism, and homophobia."—Maurice Berger, The Village Voice Literary Supplement

"[This work] displays all the familiar hallmarks of Gilman's formidable scholarship ... [and] points to a new direction for Freud studies. Gilman transcends the ultimately sterile disputes ... regarding the birth of psychoanalysis."—Roy Porter, The New Republic

"Freud, Race, and Gender is not . . . simply another study of Freud's multiple Jewish identities. . . . Gilman is principally interested in the unresolved tension between the rhetoric of race and the equally powerful rhetoric of science in Freud's work."—Times Literary Supplement

". . . as eye-opening as it is myth exploding. . . . [Gilman's] material is often disturbing, and his conclusions are made all the more unsettling by the fact that they are utterly convincing."—The Forward

"Gilman [is] one of the most original and stimulating cultural historians of his generation."—New Statesman & Society

". . . the most convincing account of how Freud's anxiety about being Jewish is reflected in his work."—Howard Eilberg-Schwartz, New York Times Book Review

"Original and penetrating . . . display[s] all the familiar hallmarks of Gilman's formidable scholarship. . . . richly erudite in the small print of medico-scientific writings of the fin-de-siecle era, showing Freud as a child of his times."—Roy Porter, The New Republic

"This book contains astonishing morsels of European cultural and medical history, the sort of thing you find yourself reading aloud over the breakfast table on a Sunday morning. The author has read widely in all kinds of English and German-language sources . . . and makes free use of them. His most striking examples illustrate the institutionalized racism of the late nineteenth and early twentieth centuries. The degree to which anti-Semitism, especially, permeated medicine and all the biological sciences during Freud's lifetime comes as a revelation even to those who flatter themselves with some knowledge of the period."—Rita Goldberg, The Boston Book Review

"Gilman synthesizes the work of psychoanalysts, Freud biographers, literary critics, and historians to provide this impressive new reading of the meanings of `race' and `gender' in Freud's time. With admirable scholarship, the author tackles numerous assumptions about the manner in which Freud's Jewish male identity shaped his scientific stance in and against antisemitic culture. . . . The book also has great relevance to contemporary debates on multiculturalism."—Choice