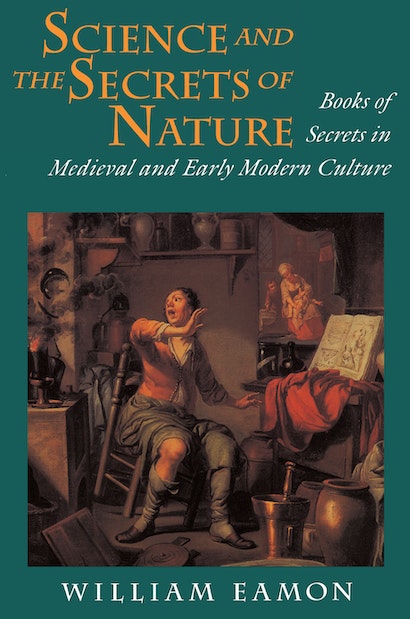 By explaining how to sire multicolored horses, produce nuts without shells, and create an egg the size of a human head, Giambattista Della Porta’s Natural Magic (1559) conveys a fascination with tricks and illusions that makes it a work difficult for historians of science to take seriously. Yet, according to William Eamon, it is in the “how-to” books written by medieval alchemists, magicians, and artisans that modern science has its roots. These compilations of recipes on everything from parlor tricks through medical remedies to wool-dyeing fascinated medieval intellectuals because they promised access to esoteric “secrets of nature.” In closely examining this rich but little-known source of literature, Eamon reveals that printing technology and popular culture had as great, if not stronger, an impact on early modern science as did the traditional academic disciplines.

"Eamon gives a rich and lively account of authors and writings that were always unacademic, unscrupulous, unprofessional, turbulent, and unsettled: that is to say, an account of the popular or seamy side of medicine and natural knowledge in medieval and early modern times.... A book of many unusual topics.... Eamon is very learned and writes eloquently."—A. Rupert Hall, Nature

"Unusually well crafted. . . . Eamon has many valuable things to say about science as a sacrament."—John North, The Times Literary Supplement