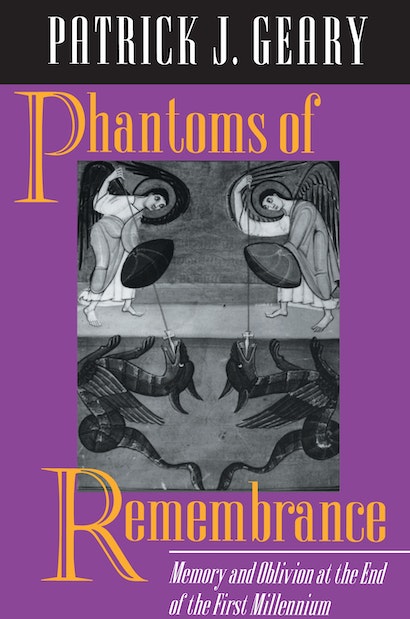 In Phantoms of Remembrance, Patrick Geary makes important new inroads into the widely discussed topic of historical memory, vividly evoking the everyday lives of eleventh-century people and both their written and nonwritten ways of preserving the past. Women praying for their dead, monks creating and re-creating their archives, scribes choosing which royal families of the past to applaud and which to forget: it is from such sources that most of our knowledge of the medieval period comes. Throughout richly detailed descriptions of various acts of remembrance — including the naming of children and the recording of visions — the author unearths a wide range of approaches to preserving the past as it was or formulating the past that an individual or group prefers to imagine.

Patrick J. Geary is Professor of History and Director of the Center for Medieval and Renaissance Studies at the University of California, Los Angeles. He is the author of Furta Sacra: Thefts of Relics in the Central Middle Ages (Princeton).

"Moving from general to particular, the author uses three case-studies to depict local patterns of memory.... Geary states his thesis with clarity ... [and] throw[s] light into the most elusive recesses of not just 'the past,' but of processes still going on, in and around us, in 1995."—Alexander Murray, The Times Literary Supplement

"A strikingly original study of the ways in which men and women of the eleventh century recorded, interpreted, and used their memories of the past. . . . [Geary] has made a significant contribution to our understanding of [this] period but to the wider discipline of medieval studies."—Thomas Head, Washington University, St. Louis