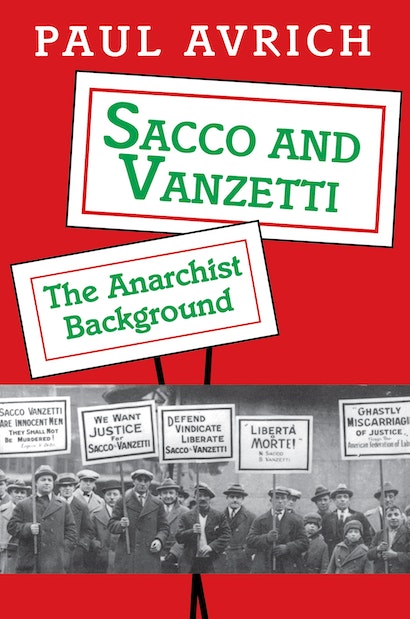 The Sacco-Vanzetti affair is the most famous and controversial case in American legal history. It divided the nation in the 1920s, and it has continued to arouse deep emotions, giving rise to an enormous literature. Few writers, however, have consulted anarchist sources for the wealth of information available there about the movement of which the defendants were a part. Now Paul Avrich, the preeminent American scholar of anarchism, looks at the case from this new and valuable perspective. This book treats a dramatic and hitherto neglected aspect of the cause célèbre that raised, according to Edmund Wilson, “almost every fundamental question of our political and social system.”

Paul Avrich is Distinguished Professor of History at Queens College and the Graduate School, the City University of New York. His books include Anarchist Portraits and The Haymarket Tragedy, published by Princeton University Press.

"[Avrich] uses Italian sources to situate Sacco and Vanzetti within the immigrant anarchist culture they devoted their lives to advancing. This emphasis differentiates his book from those that preceded it and constitutes his signal achievement.... In placing Sacco and Vanzetti in this anarchist movement, Avrich greatly expands our understanding of them and their circle."—Nick Salvatore, The New York Times Book Review

"Reading [Sacco and Vanzetti] is like listening to a seasoned virtuoso musician whose performance seems effortless in its brilliance. [It] will be as compelling to the uninitiated student as to the sophisticated scholar of anarchism."—Candace Falk, The Journal of American History

"Avrich does away with the picture of innocent, hapless, working-class immigrants brutalized by the state. Sacco and Vanzetti were clearly victimized, but they were also militant anarchists, part of a small circle that preached and practiced revolutionary violence. Avrich relates their story with intelligence, grace and drama."—Martin Blatt, The Nation

"The Sacco and Vanzetti case may never be fully resolved; but we have Paul Avrich to thank for bringing us tantalizingly close to the conclusion of a fascinating story."—George Esenwein, San Francisco Review of Books