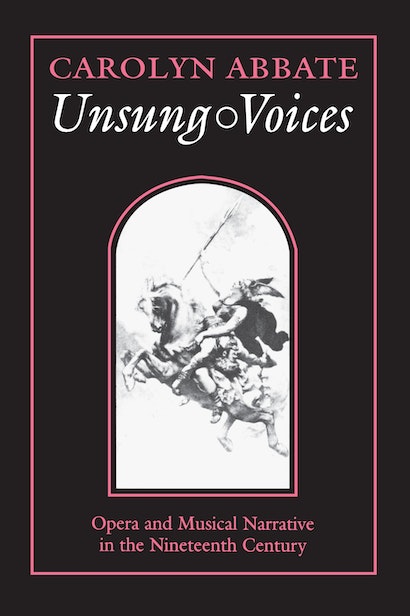 Who “speaks” to us in The Sorcerer’s Apprentice, in Wagner’s operas, in a Mahler symphony? In asking this question, Carolyn Abbate opens nineteenth-century operas and instrumental works to new interpretations as she explores the voices projected by music. The nineteenth-century metaphor of music that “sings” is thus reanimated in a new context, and Abbate proposes interpretive strategies that “de-center” music criticism, that seek the polyphony and dialogism of music, and that celebrate musical gestures often marginalized by conventional music analysis.

Carolyn Abbate is Professor of Music at Princeton University. She is the editor of Analyzing Opera and the author of Richard Wagner: Tristan.

"Abbate establishes a critical dialogue between music's desire to convey narrative information and its sensual resistance to such signification.... Abbate is the most original writer on Wagner to appear since Dahlhaus.... Her essay `Brünnhilde Walks by Night' is a tour de force of imaginative interpretation."—David Schiff, The New Republic

"This important book concerns not only particular operas but certain general aspects of the way in which we hear music.... We will ... want to reflect further on a good many of its arguments ... because what Abbate offers in Unsung Voices is not only ... a set of conclusions but a powerful machine to think with."—Lawrence Rosenwald, Opera Quarterly