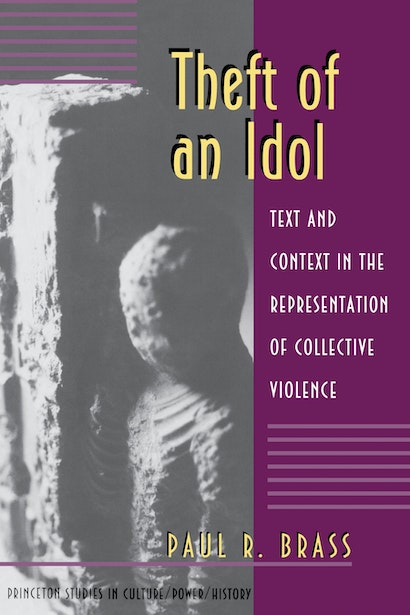 As collective violence erupts in many regions throughout the world, we often hear media reports that link the outbreaks to age-old ethnic or religious hostilities, thereby freeing the state, its agents, and its political elites from responsibility. Paul Brass encourages us to look more closely at the issues of violence, ethnicity, and the state by focusing on specific instances of violence in their local contexts and questioning the prevailing interpretations of them. Through five case studies of both rural and urban public violence, including police-public confrontations and Hindu-Muslim riots, Brass shows how, out of many possible interpretations applicable to these incidents, government and the media select those that support existing relations of power in state and society.


Adopting different modes — narrator, detective, and social scientist — Brass treats incidents of collective violence arising initially out of common occurrences such as a drunken brawl, the rape of a girl, and the theft of an idol, and demonstrates how some incidents remain localized while others are fit into broader frameworks of meaning, thereby becoming useful for upholders of dominant ideologies. Incessant talk about violence and its implications in these circumstances contributes to its persistence rather than its reduction. Such treatment serves in fact to mask the causes of violence, displace the victims from the center of attention, and divert society’s gaze from those responsible for its endemic character. Brass explains how this process ultimately implicates everyone in the perpetuation of systems of violence.

Paul R. Brass is Professor of Political Science and International Studies at the University of Washington. He is the author of many books, most recently Riots and Pogroms, Ethnicity and Nationalism: Theory and Comparison, and The Politics of India since Independence (2nd edition), a volume of the New Cambridge History of India.

"An impressive attack on 'primordialist' explanations of contemporary violence in north India. Paul Brass, who is among the best-known political scientists working on India, writes on a controversial topic in an engaging way that will appeal to a wide spectrum of readers interested in interethnic violence."—Benedict Anderson, Cornell University