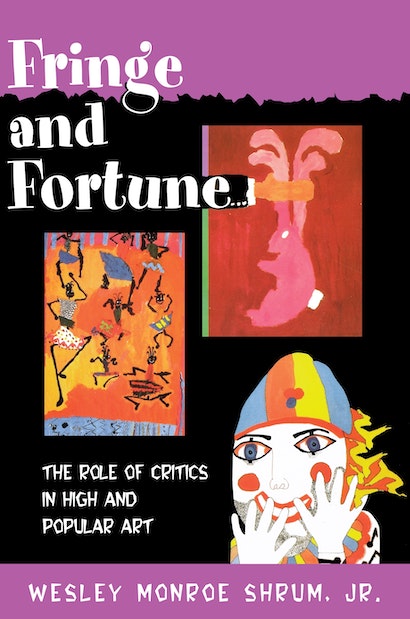 Why does the distinction between high and popular art persist in spite of postmodernist predictions that it should vanish? Departing from the conventional view that such distinctions are class-related, Wesley Shrum concentrates instead on the way individuals form opinions about culture through the mediation of critics. He shows that it is the extent to which critics shape the reception of an art form that determines its place in the cultural hierarchy. Those who patronize “lowbrow” art — stand-up comedy, cabaret, movies, and popular music — do not heed critical opinions nearly as much as do those who patronize “highbrow” art — theater, opera, and classical music. Thus the role of critics is crucial to understanding the nature of cultural hierarchy and its persistence. Shrum supports his argument through an inquiry into the performing arts, focusing on the Edinburgh Fringe, the world’s largest and most diverse art festival.


Beginning with eighteenth-century London playhouses and print media, where performance art criticism flourished, Shrum examines the triangle of mediation involving critics, spectators, and performers. The Fringe is shown to parallel modern art worlds, where choices proliferate along with the demand for guidance. Using interviews with critics and performers, analysis of audiences, and published reviews as well as dramatic vignettes, Shrum reveals the impact of critics on high art forms and explores the “status bargain” in which consumers are influenced by experts in return for prestige.

"Fringe and Fortune has a charm and wit that novelist [Henry] James would have liked.... The book includes an excellent and stunning review of relevant theories in aesthetics and the sociology of art and culture."—American Journal of Sociology

"A solid sociological investigation, one that employs anecdote, interview, statistical analysis, and even some between-the-lines common sense."—K. Marantz, Choice