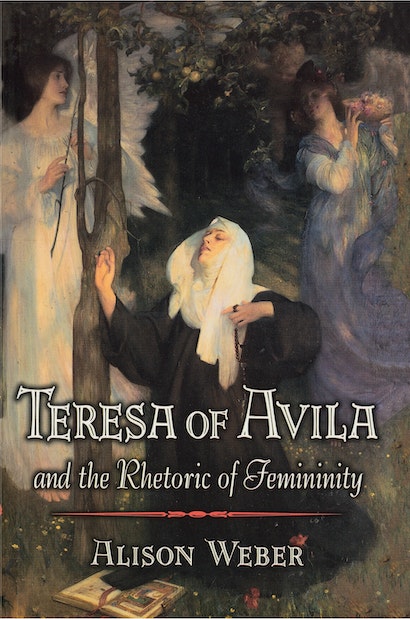 Celebrated as a visionary chronicler of spirituality, Teresa of Avila (1515-1582) suffered persecution by the Counter-Reformation clergy in Spain, who denounced her for her “diabolical illusions” and “dangerous propaganda.” Confronting the historical irony of Teresa’s transformation from a figure of questionable orthodoxy to a national saint, Alison Weber shows how this teacher and reformer used exceptional rhetorical skills to defend her ideas at a time when women were denied participation in theological discourse. In a close examination of Teresa’s major writings, Weber correlates the stylistic techniques of humility, irony, obfuscation, and humor with social variables such as the marginalized status of pietistic groups and demonstrates how Teresa strategically adopted linguistic features associated with women — affectivity, spontaneity, colloquialism — in order to gain access to the realm of power associated with men.

Alison Weber is Associate Professor of Spanish at the University of Virginia.

"Weber's book reveals the many ambiguities of Teresa's narrative technique. Her analysis of these shifting tones and strategies is original and stimulating, and is a valuable contribution to the study of this extraordinary woman."—Colin P. Thompson, The Times Literary Supplement

"A startling case study of how women were able to function as leaders and intellectuals in cultures that forbade these roles."—Rosemary Radford Ruether, Garret Theological Seminary and Northwestern University