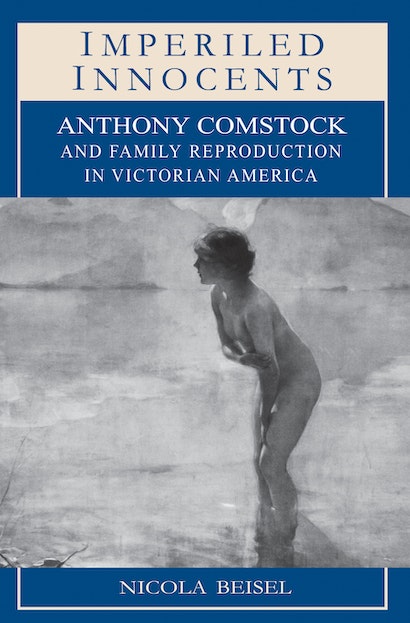 Moral reform movements claiming to protect children began to emerge in the United States over a century ago, most notably when Anthony Comstock and his supporters crusaded to restrict the circulation of contraception, information on the sexual rights of women, and “obscene” art and literature. Much of their rhetoric influences debates on issues surrounding children and sexuality today. Drawing on Victorian accounts of pregnant girls, prostitutes, Free Lovers, and others deemed “immoral,” Nicola Beisel argues that rhetoric about the moral corruption of children speaks to an ongoing parental concern: that children will fail to replicate or exceed their parents’ social position. The rhetoric of morality, she maintains, is more than symbolic and goes beyond efforts to control mass behavior. For the Victorians, it tapped into the fear that their own children could fall prey to vice and ultimately live in disgrace.


In a rare analysis of Anthony Comstock’s crusade with the New York and New England Societies for the Suppression of Vice, Beisel examines how the reformer worked on the anxieties of the upper classes. One tactic was to link moral corruption with the flood of immigrants, which succeeded in New York and Boston, where minorities posed a political threat to the upper classes. Showing how a moral crusade can bring a society’s diffuse anxieties to focus on specific sources, Beisel offers a fresh theoretical approach to moral reform movements.

Nicola Beisel is Associate Professor of Sociology at Northwestern University.

"This provocative, clearly written addition to the literature on comparative urban reform illustrates the insights that a historical sociologist can bring to a familiar topic.... Challenging conventional interpretations of comstockery, it sheds new light on the process of upper-class formation and the role of gender and sexuality in reform."—Steven Mintz, Journal of American History

"A thoughtfully provocative work of analysis."—Choice

"Not only is Imperiled Innocents good sociology and good history, it also addresses timely public issues and is a pleasure to read. This is an exemplary work of historical sociology."—William H. Sewell, Jr., University of Chicago