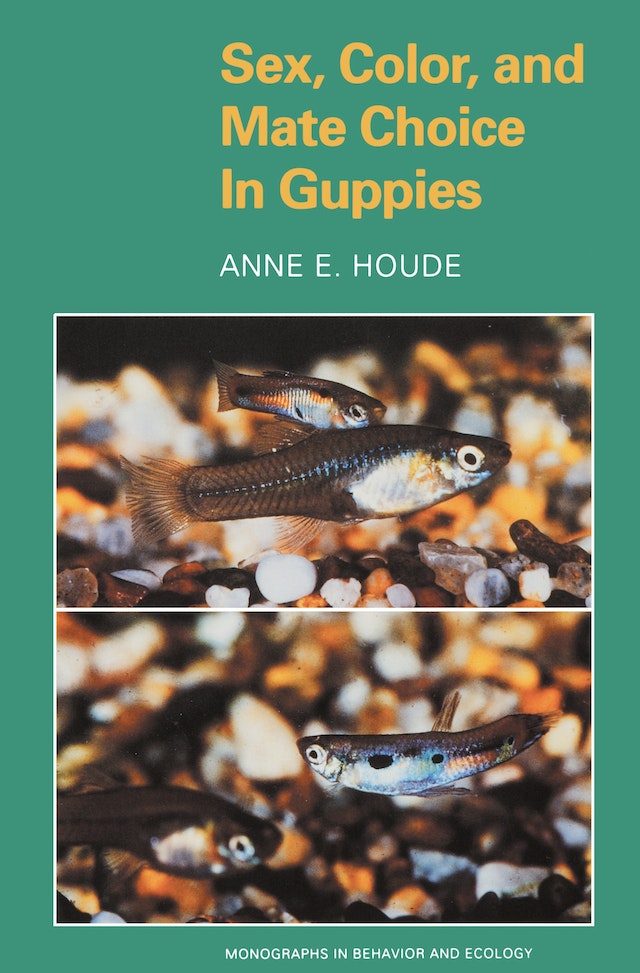 The Trinidadian guppy (Poecilia reticulata) is well known to biologists and home aquarium enthusiasts alike. Scientists have studied guppies for most of the twentieth century. Some of the most intensive recent research has been conducted by behavioral ecologists, who have found that the guppy mating system makes guppies especially useful in the study of sexual selection and mate choice. By observing guppy behavior in aquaria, researchers hope to obtain new insights into how selection operates in natural populations. Here Anne Houde summarizes and synthesizes the scientific work done to date, relates the empirical findings on guppies to current themes in sexual selection theory, and suggests new directions for future research.

This book describes the sexual behavior of guppies and examines how mate choice by females leads to the evolution of the conspicuous colors and the courtship displays for which guppies are widely recognized. The author shows that female guppies prefer males with bright color patterns, especially those with orange spots, and that the mating preferences of females lead to sexual selection on both color patterns and courtship displays of males. Houde’s work addresses a number of areas that are of interest in sexual selection, including the remarkable degree of plasticity and evolutionary lability of sexual behavior in guppies, geographic variation in mating preferences, possible mechanisms for the evolution of female mating preferences, and the role of sexual selection in speciation. In conclusion, the author explores the implications of her findings for behavioral ecologists who study sexual selection in other species.