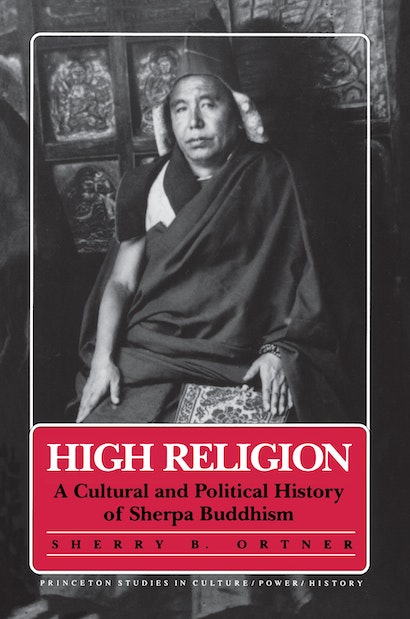 An eminent anthropologist examines the foundings of the first celibate Buddhist monasteries among the Sherpas of Nepal in the early twentieth century — a religious development that was a major departure from “folk” or “popular” Buddhism. Sherry Ortner is the first to integrate social scientific and historical modes of analysis in a study of the Sherpa monasteries and one of the very few to attempt such an account for Buddhist monasteries anywhere. Combining ethnographic and oral-historical methods, she scrutinizes the interplay of political and cultural factors in the events culminating in the foundings. Her work constitutes a major advance both in our knowledge of Sherpa Buddhism and in the integration of anthropological and historical modes of analysis.


At the theoretical level, the book contributes to an emerging theory of “practice,” an explanation of the relationship between human intentions and actions on the one hand, and the structures of society and culture that emerge from and feed back upon those intentions and actions on the other. It will appeal not only to the increasing number of anthropologists working on similar problems but also to historians anxious to discover what anthropology has to offer to historical analysis. In addition, it will be essential reading for those interested in Nepal, Tibet, the Sherpa, or Buddhism in general.

"There is a wealth of information in [Ortner's] book ... a book which is not only an important theoretical contribution but also a delight to read."—Cambridge Anthropology