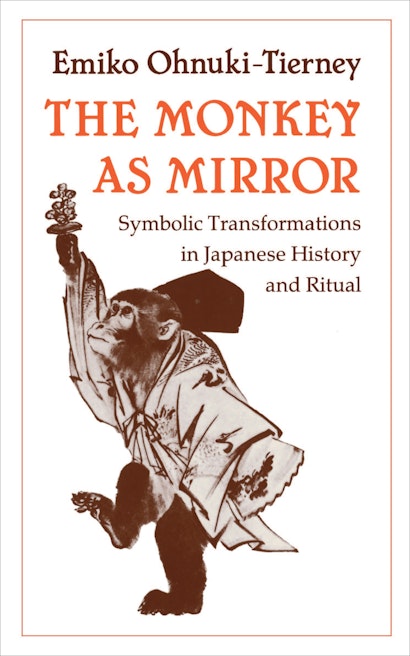 This tripartite study of the monkey metaphor, the monkey performance, and the ‘special status’ people traces changes in Japanese culture from the eighth century to the present. During early periods of Japanese history the monkey’s nearness to the human-animal boundary made it a revered mediator or an animal deity closest to humans. Later it became a scapegoat mocked for its vain efforts to behave in a human fashion. Modern Japanese have begun to see a new meaning in the monkey — a clown who turns itself into an object of laughter while challenging the basic assumptions of Japanese culture and society.

Emiko Ohnuki-Tierney, a native of Japan, is Vilas Professor of Anthropology at the University of Wisconsin-Madison. Among her works are Illness and Healing among the Sakhalin Ainu: A Symbolic Interpretation and Illness and Culture in Contemporary Japan: An Anthropological View (both Cambridge).

"In an important and interesting new work the anthropologist author examines the historical transformations of the concept of self and other in Japan. This subject, basic in any culture, sometimes seems central in Japan, and any elucidation it can receive is to be welcomed. . . . [This] is a fair, impartial, balanced reading of a neglected chain of metaphors which can teach us much about this country."—Donald Richie, The Japan Times

"This gem of anthropological analysis, of elegant dialectic between subtle theory and thoroughly understood experience and records, may be reviewed under five interconnected rubrics: ambiguity, dynamics, micro- and macro-time, reflexive structure, and tropes in social context. Let it be noted that by pervasively interweaving paragraphs about Japanese (pre)history and present life, the author constructs a model introduction to the culture that should be assigned reading in areal courses and introductory anthropology."—Paul Friedrich, University of Chicago