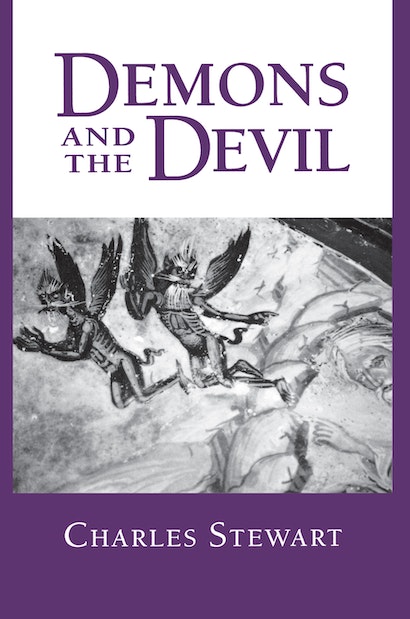 In present-day Greece many people still speak of exotikNB — mermaids, dog-form creatures, and other monstrous beings similar to those pictured on medieval maps. Challenging the conventional notion that these often malevolent demons belong exclusively to a realm of folklore or superstition separate from Christianity, Charles Stewart looks at beliefs about the exotikNB and the Orthodox Devil to demonstrate the interdependency of doctrinal and local religion. He argues persuasively that students who cling to the timeworn folk/official distinction will find it impossible to appreciate the breadth and coherence of contemporary Greek cosmology. Like the medieval cartographers’ fantasies, which were placed on the “edges” of the physical world, Greek demons cluster in marginal locations — outlying streams, wells, and caves. The demons are near enough to the community, however, to attack humans — causing illness or death, according to Stewart’s informants. Drawing on an unusual range of sources, from the author’s fieldwork on the Cycladic island of Naxos to Orthodox liturgical texts, this book pictures the exotikNB as elements of a Greek cognitive map: figures that enable individuals to navigate the traumas and ambiguities of life. Stewart also examines the social forces that have by turns disposed the Greek people to embrace these demons as indicative of links with the classical past or to eschew them as signs of backwardness and ignorance.

"The major contribution of Charles Stewart's study is the evidence he provides of the essential link between the demons that have had an important part in modern village life and the traditional demons in the Greek Orthodox cosmology."—New York Review of Books