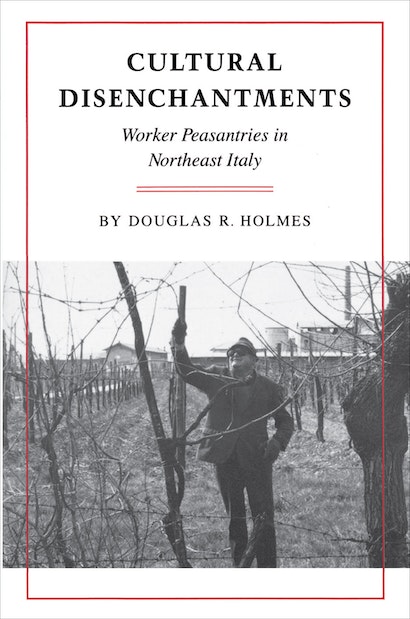 Douglas Holmes develops the concept of peasant-worker society to analyze a kind of social formation that has until now gone largely unrecognized and unstudied. His book portrays the dissonant crosscurrents created at the interface of urban industrial and rural peasant spheres. Examining the region of Friuli in northeast Italy, it shows how wage labor was adopted by country folk who maintained ties to small-scale cultivation and indigenous traditions. Holmes draws on the Weberian notion of the “disenchantment of the world” to examine the cultural issues that animate peasant-worker life. What emerges is a vivid picture of the economic, political, religious, and ethnic struggles that infuse the peasant-worker milieu, as traditional representations of reality are pitted against bureaucratic definitions and formulas emanating from Church, state, and market institutions.


In addition to providing a general theoretical framework for the analysis of peasant-worker society and culture, Cultural Disenchantments is the first anthropological study of Friuli to be published in English. As such, it elaborates on the historical insights developed by Carlo Ginzburg in his famous study of sixteenthcentury agrarian cults and folk traditions in Friuli.