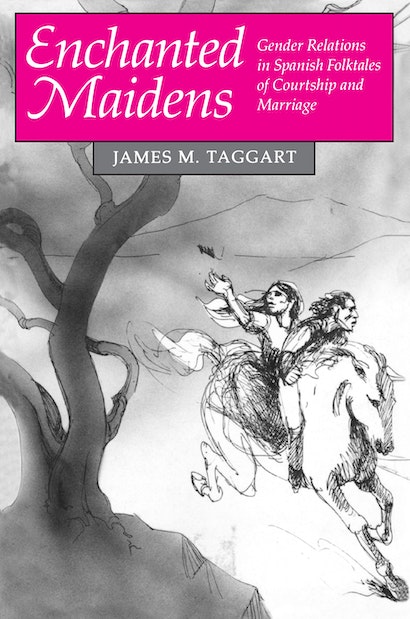 Spanish villagers tell many folktales that describe in metaphorical language the struggles of young men and women as they emerge from their parental families and join in love. In this book James Taggart presents dozens of orally transmitted tales, including “Snow White,” “Cinderella,” “Beauty and the Beast,” “Blancaflor,” and dragonslayer stories, collected from seven villages in the region of CNBceres, and analyzes the differences in male and female approaches to telling them. His study shows how men and women use the tales to grapple with some of the contradictions found in gender relations in their culture, which conditions men to be sexually assertive and to marry virgins and which teaches women to fear the men who court them. Taggart interprets the male-female dialogue voiced through storytelling by linking the content of specific tales to the life experiences and gender of the storyteller. Men and women, he finds, carry out an exchange of ideas by retelling the same stories and altering the plots and characters to express their respective views of courtship. This indirect narrative dialogue conveys an understanding of the opposite sex and establishes a common model of marriage that permits men and women to overcome their fear of each other and bond in heterosexual love.