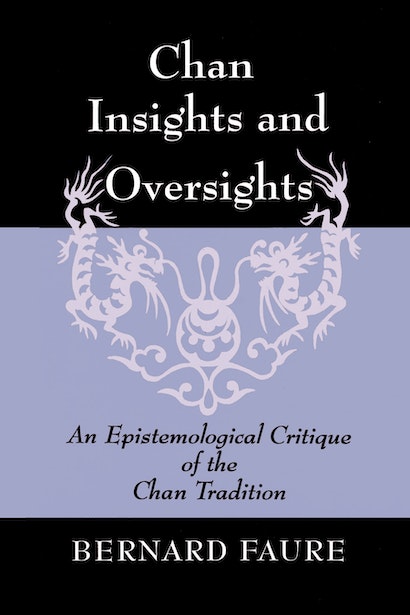 For many people attracted to Eastern religions (particularly Zen Buddhism), Asia seems the source of all wisdom. As Bernard Faure examines the study of Chan/Zen from the standpoint of postmodern human sciences and literary criticism, he challenges this inversion of traditional “Orientalist” discourse: whether the Other is caricatured or idealized, ethnocentric premises marginalize important parts of Chan thought. Questioning the assumptions of “Easterners” as well, including those of the charismatic D. T. Suzuki, Faure demonstrates how both West and East have come to overlook significant components of a complex and elusive tradition. Throughout the book Faure reveals surprising hidden agendas in the modern enterprise of Chan studies and in Chan itself. After describing how Jesuit missionaries brought Chan to the West, he shows how the prejudices they engendered were influenced by the sectarian constraints of Sino-Japanese discourse. He then assesses structural, hermeneutical, and performative ways of looking at Chan, analyzes the relationship of Chan and local religion, and discusses Chan concepts of temporality, language, writing, and the self. Read alone or with its companion volume, The Rhetoric of Immediacy, this work offers a critical introduction not only to Chinese and Japanese Buddhism but also to “theory” in the human sciences.

"A highly sensitive and richly textured re-examination of the Chan/Zen tradition. [Faure] is to be congratulated for having provided us with just such a fruitful (and by no means temporary) scholarship that enriches our understanding of Chan/Zen. It makes us keenly aware that Chan/Zen is . . . a continuously evolving entity that can withstand the most rigorous and critical scholarly inquiry."—Richard Shek, The Journal of Asian History

"Thoughtful and thought-provoking. After reading Faure's contributions in The Rhetoric of Immediacy and Insights and Oversights, none of us working the fields of Zen, Buddhist studies, or historical and cultural studies can go about our work in quite the same way. . . . Our thinking [is] reshaped by the topics he raises and the approaches he uses."—Martin Collcutt, Journal of Japanese Studies