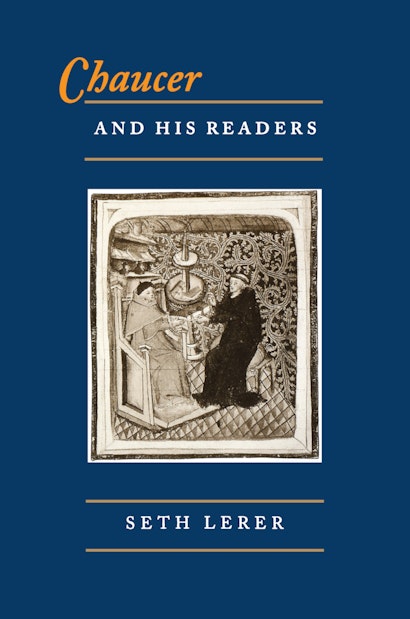 Challenging the view that the fifteenth century was the “Drab Age” of English literary history, Seth Lerer seeks to recover the late-medieval literary system that defined the canon of Chaucer’s work and the canonical approaches to its understanding. Lerer shows how the poets, scribes, and printers of the period constructed Chaucer as the “poet laureate” and “father” of English verse. Chaucer appears throughout the fifteenth century as an adviser to kings and master of technique, and Lerer reveals the patterns of subjection, childishness, and inability that characterize the stance of Chaucer’s imitators and his readers. In figures from the Canterbury Tales such as the abused Clerk, the boyish Squire, and the infantilized narrator of the “Tale of Sir Thopas,” in the excuse-ridden narrator of Troilus and Criseyde, and in Chaucer’s cursed Adam Scriveyn, the poet’s inheritors found their oppressed personae. Through close readings of poetry from Lydgate to Skelton, detailed analysis of manuscript anthologies and early printed books, and inquiries into the political environments and the social contexts of bookmaking, Lerer charts the construction of a Chaucer unassailable in rhetorical prowess and political sanction, a Chaucer aureate and laureate.

Seth Lerer is Professor of English at Stanford University and author of Boethius and Dialogue: Literary Method in the Consolation of Philosophy (Princeton) and Literacy and Power in Anglo-Saxon Literature (Nebraska).

"A brilliant reassessment of the Chaucerian tradition during the fifteenth century. . . . Described as `a book about endings,' in which Chaucer's envoy is construed as the dominant trope in later moments of dedication, closure, and subjection to readerly correction, it is really a book about beginnings—new ways to discuss literary history, the influence of tradition, and the cultural status of the author."—John M. Bowers, Medium Ævum

"An excellent book on the reception of Chaucer's writings in the fifteenth and early sixteenth centuries. [Lerer's argument] is pursued with great energy and erudition, and with a subtlety and versatility of argumentative maneuver that make the book very readable as well as enormously rich in suggestion."—Yearbook of English Studies