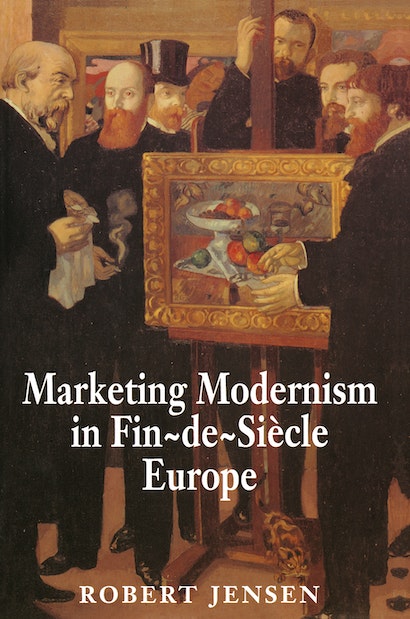 In this fundamental rethinking of the rise of modernism from its beginnings in the Impressionist movement, Robert Jensen reveals that market discourses were pervasive in the ideological defense of modernism from its very inception and that the avant-garde actually thrived on the commercial appeal of anti-commercialism at the turn of the century. The commercial success of modernism, he argues, depended greatly on possession of historical legitimacy. The very development of modern art was inseparable from the commercialism many of its proponents sought to transcend. Here Jensen explores the economic, aesthetic, institutional, and ideological factors that led to its dominance in the international art world by the early 1900s. He emphasizes the role of the emerging dealer/gallery market and of modernist art historiographies in evaluating modern art and legitimizing it through the formation of a canon of modernist masters.


In describing the canon-building of modern dealerships, Jensen considers the new “ideological dealer” and explores the commercial construction of artistic identity through such rhetorical concepts as temperament and “independent art” and through such institutional structures as the retrospective. His inquiries into the fate of the juste milieu, a group of dissidents who saw themselves as “true heirs” of Impressionism, and his look at a new form of art history emerging in Germany further expose a linear, dealer- oriented history of modernist art constructed by or through the modernists themselves.

Robert Jensen is currently a Fellow at Stanford Humanities Center.

"[Jensen] provides new dimension to our understanding of the construction of the canon of modernist art history. . . . Jensen's most significant contribution is . . . a wide ranging perspective on the development of the modernist canon that is based not on style but on the politics of exhibition and reception."—Marjorie Schreiber Kinsey, Nineteenth-Century French Studies

"Jensen's fascinating research takes us into the complexity of Kunstepolitiks at the end of the nineteenth century and provides new dimension to our understanding of the construction of the canon of modernist art history."—Marjorie Schreiber Kinsey, Nineteenth-Century French Studies

"Jensen's contribution lies in explicating how art is marketed like any other consumer product, without denying its beauty, originality, or transcendence. His study is useful to marketing scholars as an example of how other fields use marketing concepts and how marketing is viewed by the outside world."—Jonathan E. Schroeder, Journal of Macromarketing

"The fullest account yet of the Paris art market (and its international counterparts) and its role in the rise of modernism from laughing stock to sound investment."—Arlis