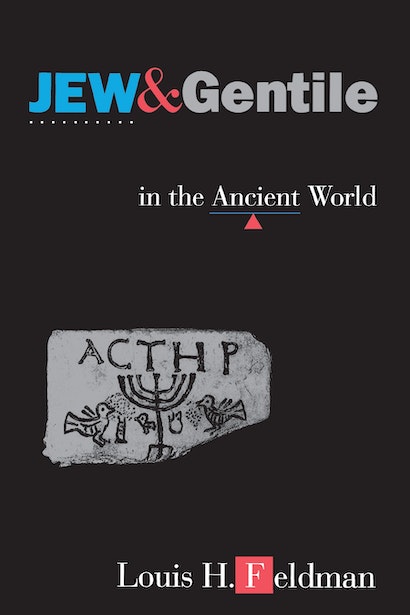 Relations between Jews and non-Jews in the Hellenistic-Roman period were marked by suspicion and hate, maintain most studies of that topic. But if such conjectures are true, asks Louis Feldman, how did Jews succeed in winning so many adherents, whether full-fledged proselytes or “sympathizers” who adopted one or more Jewish practices? Systematically evaluating attitudes toward Jews from the time of Alexander the Great to the fifth century A.D., Feldman finds that Judaism elicited strongly positive and not merely unfavorable responses from the non-Jewish population. Jews were a vigorous presence in the ancient world, and Judaism was strengthened substantially by the development of the Talmud. Although Jews in the Diaspora were deeply Hellenized, those who remained in Israel were able to resist the cultural inroads of Hellenism and even to initiate intellectual counterattacks.


Feldman draws on a wide variety of material, from Philo, Josephus, and other Graeco-Jewish writers through the Apocrypha, the Pseudepigrapha, the Church Councils, Church Fathers, and imperial decrees to Talmudic and Midrashic writings and inscriptions and papyri. What emerges is a rich description of a long era to which conceptions of Jewish history as uninterrupted weakness and suffering do not apply.

Louis H. Feldman is Professor of Classics at Yeshiva University. Among his works is Josephus and Modern Scholarship (1937-1980).

"The most comprehensive recent study of relations between Jew and Gentile in the ancient world. It will take its place with the classic works . . . as an indispensable resource for the study of Judaism in the Hellenistic and Roman world."—John J. Collins, Journal of Biblical Literature

"Feldman is a world-class expert in the difficult but vitally important area of the intersection of Jewish and Gentile cultures in the Greco- Roman world. His encyclopedic knowledge of pagan, Jewish, and Christian writings of the period is nothing less than breathtaking. Scholars are deeply indebted to his writings, which are unfailingly accurate and unfailingly fair. Our ... debt to him is only increased by this latest exciting work."—John P. Meier, The Catholic University of America