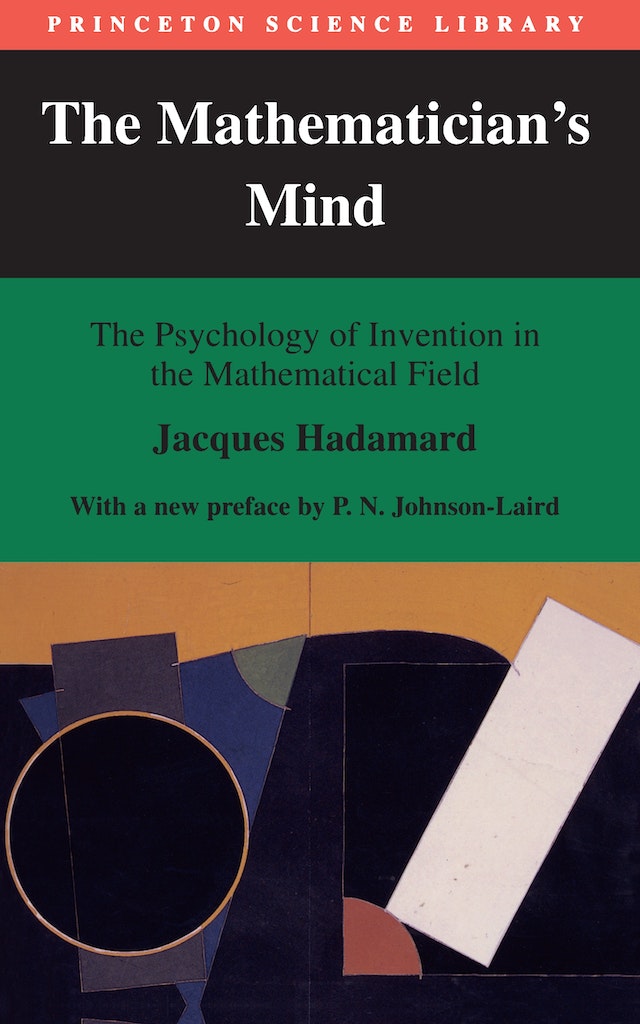 Fifty years ago when Jacques Hadamard set out to explore how mathematicians invent new ideas, he considered the creative experiences of some of the greatest thinkers of his generation, such as George Polya, Claude Lévi-Strauss, and Albert Einstein. It appeared that inspiration could strike anytime, particularly after an individual had worked hard on a problem for days and then turned attention to another activity. In exploring this phenomenon, Hadamard produced one of the most famous and cogent cases for the existence of unconscious mental processes in mathematical invention and other forms of creativity. Written before the explosion of research in computers and cognitive science, his book, originally titled The Psychology of Invention in the Mathematical Field, remains an important tool for exploring the increasingly complex problem of mental life.


The roots of creativity for Hadamard lie not in consciousness, but in the long unconscious work of incubation, and in the unconscious aesthetic selection of ideas that thereby pass into consciousness. His discussion of this process comprises a wide range of topics, including the use of mental images or symbols, visualized or auditory words, “meaningless” words, logic, and intuition. Among the important documents collected is a letter from Albert Einstein analyzing his own mechanism of thought.

Jacques Hadamard (1865-1963), an internationally known mathematician, was born in Versailles and lectured at universities throughout the world, including Hravard, Princeton, Stanford, and Columbia Universities, and at the Institute for Advanced Study.