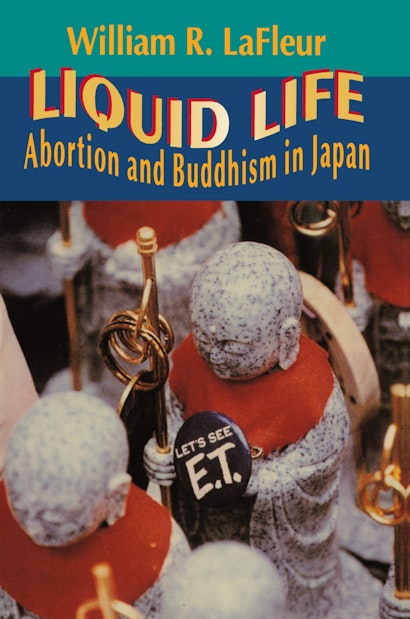 Why would a country strongly influenced by Buddhism’s reverence for life allow legalized, widely used abortion? Equally puzzling to many Westerners is the Japanese practice of mizuko rites, in which the parents of aborted fetuses pray for the well-being of these rejected “lives.” In this provocative investigation, William LaFleur examines abortion as a window on the culture and ethics of Japan. At the same time he contributes to the Western debate on abortion, exploring how the Japanese resolve their conflicting emotions privately and avoid the pro-life/pro-choice politics that sharply divide Americans on the issue.

William R. LaFleur is Professor of Japanese and the Joseph B. Glossberg Term Professor of Humanities at the University of Pennsylvania.

"This is a first-rate cross-cultural study, taking the reader to the heart of another society's beliefs and practices."—Mark Archer, The Sunday Telegraph

"Both Buddhism and abortion flourish in modern Japan: the link between them is death. William LaFleur explains how this has come about, and in doing so provides an unusual insight into the character of modern Japan, where death is a big-money operation both for medicine and for religion."—Thomas Crump, London Review of Books

"Objective, informed, observant, and imaginative. William LaFleur not only enlarges our knowledge, he also uses his single topic to illuminate a broad and fundamental feature of Japanese society itself."—Donald Richie, Japan Times Weekly