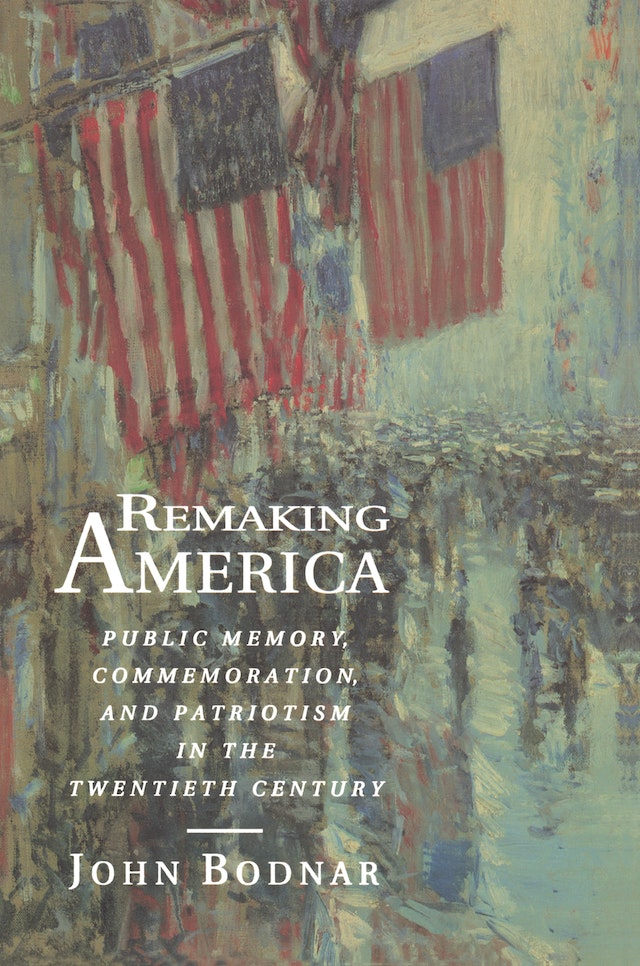 In a compelling inquiry into public events ranging from the building of the Vietnam Veterans Memorial through ethnic community fairs to pioneer celebrations, John Bodnar explores the stories, ideas, and symbols behind American commemorations over the last century. Such forms of historical consciousness, he argues, do not necessarily preserve the past but rather address serious political matters in the present.

John Bodnar is Professor of History at Indiana University. His books include The Transplanted: A History of Immigrants in Urban America (Indiana) and Workers' World: Kinship, Community, and Protest in an Industrial Society (Johns Hopkins).

"Mr. Bodnar treats his highly controversial subject matter in a factual and evenhanded manner. And given the precariousness of nationality in recent times, interest in the subject of this important study is sure to increase."—Ray Oldenburg, The New York Times Book Review

"Bodnar has made an insightful contribution to a lively area of contemporary cultural studies.... Anyone interested in the social meaning of public ceremonials will want to come to terms with this thoughtful book."—Paul Boyer, American Historical Review

"Bodnar is at his best in discussing varieties of public memory within ethnic groups, but the book also shines in its treatment of the post-World War II attempt to build a consensus in public memory and the rapid disintegration of that effort during the 1960s. A fine contribution to this emerging historical topic; for informed laypersons as well as specialists."—Library Journal