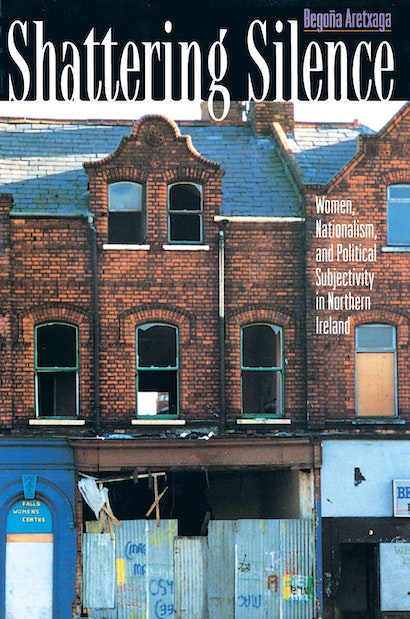 This book, the first feminist ethnography of the violence in Northern Ireland, is an analysis of a political conflict through the lens of gender. The case in point is the working-class Catholic resistance to British rule in Northern Ireland. During the 1970s women in Catholic/nationalist districts of Belfast organized themselves into street committees and led popular forms of resistance against the policies of the government of Northern Ireland and, after its demise, against those of the British. In the abundant literature on the conflict, however, the political tactics of nationalist women have passed virtually unnoticed. Begoña Aretxaga argues here that these hitherto invisible practices were an integral part of the social dynamic of the conflict and had important implications for the broader organization of nationalist forms of resistance and gender relationships.


Combining interpretative anthropology and poststructuralist feminist theory, Aretxaga contributes not only to anthropology and feminist studies but also to research on ethnic and social conflict by showing the gendered constitution of political violence. She goes further than asserting that violence affects men and women differently by arguing that the manners in which violence is gendered are not fixed but constantly shifting, depending on the contingencies of history, social class, and ethnic identity. Thus any attempt at subverting gender inequality is necessarily colored by other dimensions of political experience.

Begoña Aretxaga is Assistant Professor of Anthropology at Harvard University.

"An important book. Through clearly-written, thoroughly-grounded, and conscientious ethnography, Aretxaga urges readers away from the pat caricature of a brutal and male-dominated Northern Ireland, and toward an informed understanding of the complexity and poignancy of the lives and history of its subjects."—Das Historisch-Politische Buch

"Begoña Aretxaga provides a forceful voice in ongoing debates, presenting ethnographically and historiographically the gendering of violence that has accompanied the civil war in Northern Ireland.... There is an integrity and passion in Aretxaga's analysis."—Joan Vincent, Barnard College