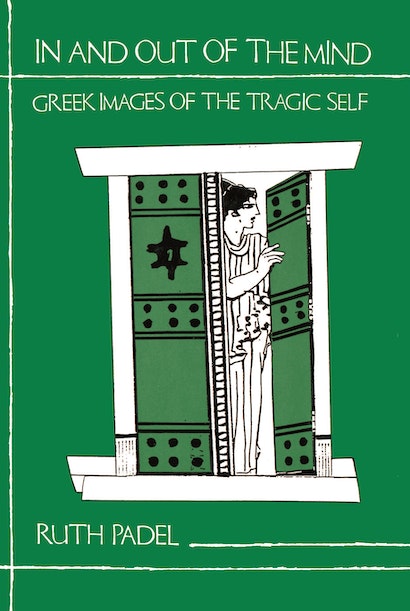 Ruth Padel explores Greek conceptions of human innerness and the way in which Greek tragedy shaped European notions of mind and self. Arguing that Greek poetic language connects images of consciousness, even male consciousness, with the darkness attributed to Hades and to women, Padel analyzes tragedy’s biological and daemonological metaphors for what is within.

Ruth Padel, recently Visiting Professor in the Modern Greek Program at Princeton University, has taught classics at the University of Oxford and the University of London. She is the author of two books of poems and of Whom Gods Destroy: Elements of Greek and Tragic Madness.

"A rich and brilliant study.... [Padel] helps us to see not just that Greek ways of thinking are so profoundly alien, but also how they make sense and could be coherently lived. Her skill as a writer ... make[s] those foreign patterns of thought compellingly vivid."—Malcolm Heath, The Times Literary Supplement

"Unfamiliar connections and perspectives will make [this] book important for professionals, and the vivid portrayal of an intense and exotic mental world will appeal to the serious general reader."—Jasper Griffin, The New York Review of Books

"An intriguing book.... Padel ranges widely over the medical writers, epic, comedy, and philosophy. She fortifies and enriches her arguments with the work of scholars in anthropology, psychology, and religion.... A poet herself, she is very sensitive to the possibilities and associations of language."—Michael R. Halleran, Bryn Mawr Classical Review

"Ruth Padel's close reading of the language of the extant plays will be helpful to scholars and provide a window onto ancient Greek ideas of the mind for the general reader."—The Washington Times