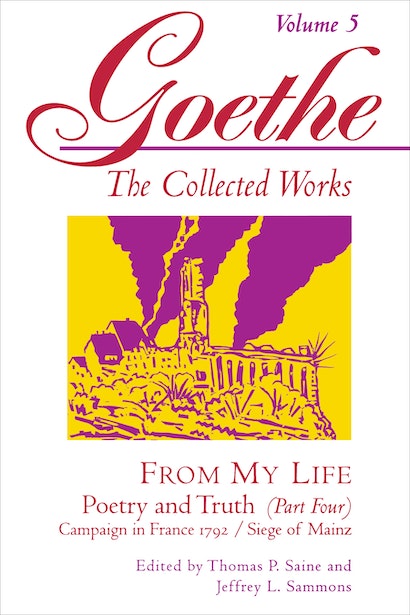 Campaign in France 1792 -Siege of Mainz, Goethe’s narrative of the unsuccessful campaign and the siege, has become a classic text for the history of Franco-German relations during the revolutionary period. A product of recollection, historical hindsight, and considerable study of other published sources, it is a fascinating document of the military catastrophe exposing the decline of Prussian power since the death of Frederick II, which eventually culminated in Napoleon’s devastating 1806 victory at Jena and Auerstedt.