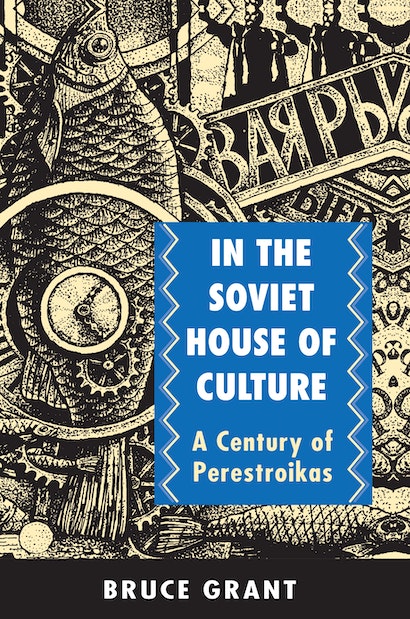 At the outset of the twentieth century, the Nivkhi of Sakhalin Island were a small population of fishermen under Russian dominion and an Asian cultural sway. The turbulence of the decades that followed would transform them dramatically. While Russian missionaries hounded them for their pagan ways, Lenin praised them; while Stalin routed them in purges, Khrushchev gave them respite; and while Brezhnev organized complex resettlement campaigns, Gorbachev pronounced that they were free to resume a traditional life. But what is tradition after seven decades of building a Soviet world?


Based on years of research in the former Soviet Union, Bruce Grant’s book draws upon Nivkh interviews, newly opened archives, and rarely translated Soviet ethnographic texts to examine the effects of this remarkable state venture in the construction of identity. With a keen sensitivity, Grant explores the often paradoxical participation by Nivkhi in these shifting waves of Sovietization and poses questions about how cultural identity is constituted and reconstituted, restructured and dismantled.


Part chronicle of modernization, part saga of memory and forgetting, In the Soviet House of Culture is an interpretive ethnography of one people’s attempts to recapture the past as they look toward the future. This is a book that will appeal to anthropologists and historians alike, as well as to anyone who is interested in the people and politics of the former Soviet Union.

Bruce Grant is Assistant Professor of Anthropology at Swarthmore College.

"This book is a comprehensive study of the impact of successive Russian 'perestroikas' of the Nivkh people... from 1925 to 1994. It's chief objective is to gauge the damage done to Nivkh culture by their Russian overlords. The author approaches his task with great thoroughness and ... profound involvement.... His account is as warmly humorous as it is skillful."—History