In Shopping for Pleasure, Erika Rappaport reconstructs London’s Victorian and Edwardian West End as an entertainment and retail center. In this neighborhood of stately homes, royal palaces, and spacious parks and squares, a dramatic transformation unfolded that ultimately changed the meaning of femininity and the lives of women, shaping their experience of modernity. Rappaport illuminates the various forces of the period that encouraged and discouraged women’s enjoyment of public life and particularly shows how shopping came to be seen as the quintessential leisure activity for middle- and upper-class women. Through extensive histories of department stores, women’s magazines, clubs, teashops, restaurants, and the theater as interwoven sites of consumption, Shopping for Pleasure uncovers how a new female urban culture emerged before and after the turn of the twentieth century.

Moving beyond the question of whether shopping promoted or limited women’s freedom, the author draws on diverse sources to explore how business practices, legal decisions, and cultural changes affected women in the market. In particular, she focuses on how and why stores presented themselves as pleasurable, secure places for the urban woman, in some cases defining themselves as instrumental to civic improvement and women’s emancipation. Rappaport also considers such influences as merchandizing strategies, credit policies, changes in public transportation, feminism, and the financial balance of power within the home. Shopping for Pleasure is thus both a social and cultural history of the West End, but on a broader scale it reveals the essential interplay between the rise of consumer society, the birth of modern femininity, and the making of contemporary London.

Erika Rappaport is Associate Professor of History at the University of California, Santa Barbara. 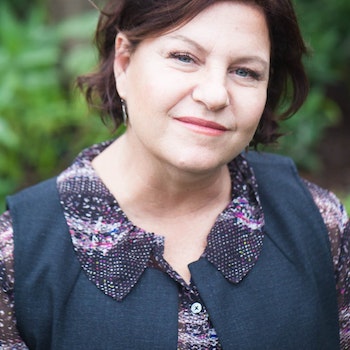 "A fascinating look at the origins of the female shopping species in London's West End during the Victorian and Edwardian times. Rappaport's central hypothesis is heartening: Shopping, for necessities and for pleasure, was a key factor in getting domestically cloistered women out of the house and into town on their own. . . . The pleasures of shopping were liberating in profound ways."—Gerri Hirshey, Mirabella

"A thoughtful and accessible study that illuminates the period in a new and colorful way."—Lynne Truss, Sunday Times

"Living in an era of unprecedented prosperity it is interesting, not to mention instrumental, to be aware of how other societies reacted to the onset of a commercial boom. Shopping for Pleasure not only illuminates the growth of late-19th-century London, but it sheds light on our own gratuitously materialistic culture."—Lucy Moore, Washington Times

"'A Pleasure' accurately describes the experience of reading this deft, rich analysis of how the West End became an enticing shopping Mecca for bourgeois women."—Choice

"A fascinating as well as an erudite book . . .The rise of modern shopping opened the city streets to respectable women, and played a significant role in both feminism and consumer culture"—Elaine Showalter, London Review of Books

"The rise of modern shopping opened the city streets to respectable women and played a significant role in both feminism and consumer culture. . . . A fascinating as well as an erudite book."—Elaine Showalter, London Review of Books

"[An] intriguing study. . . . Shopping for Pleasure creatively explores an assortment of conflicts about women's natures and desires that, together, constructed Victorian and Edwardian merchandising and consuming."—Pamela Walker Laird, Enterprise & Society

"In her engaging and intriguing book, Erika Rappaport . . . has done an excellent job of showing how the consumer culture of late nineteenth- and early twentieth-century London was created, in large part, by the emancipated woman's active agency. . . . Rappaport's book is one of those displays that are so attractive and enticing that they leave the insatiable customer wanting even more."—Theodore Koditschenk, Journal of Modern History

"A well-constructed and presented book, making imaginative use of an impressive range of primary and secondary sources."—Rex Pope, Urban History

"Shopping for Pleasure is an impressive, engaging and important book. Erika Rappaport has taken on the challenge of drawing together the currently diverging fields of cultural, gender and urban history, and she has succeeded splendidly."—Geoffrey Crossick, University of Essex.

"Shopping for Pleasure is an exciting blend of social, economic, and cultural history that shows an inventive use of sources and a clever juxtaposition of different domains of historical inquiry. Rappaport is tackling a set of topics that, astonishingly, have remained unexplored in British historiography. . . . With great and superb detail, the book tells an original story about middle-class women's urban culture and its relation to feminism."—Judith Walkowitz, Johns Hopkins University

"[Shopping for Pleasure] contributes significantly to feminist scholarship, partly because it shows why this aspect of everyday life deserves serious analysis and because it offers such deft analyses of women's contributions to the commercial success of London in this period."—Mary Poovey, New York University

"An innovative and imaginative work. The originality lies partly in the juxtaposition of new materials, such as the institutional histories of Selfridge's and Whiteley's, the women's clubs of the late Victorian and Edwardian years, and the West End musical comedies. Erika Rappaport uses this material with great sophistication, referring to theoretical works in film studies, cultural studies, literature, and history. The illustrations, too, are extremely engaging."—Ellen Ross, Ramapo College

"Shopping for Pleasure is an impressive, engaging and important book. Erika Rappaport has taken on the challenge of drawing together the currently diverging fields of cultural, gender and urban history, and she has succeeded splendidly."—Geoffrey Crossick, University of Essex

"In Shopping for Pleasure Erika Rappaport tells the fascinating story of women's relationship to commercial culture in London in the last half of the nineteenth century, and she does so with elan, clarity, and prodigious research. She moves from the creation of the first department stores to the era of the suffragettes, from the "Girl of the Period" to the Gaiety Girl, from Whitely's to Selfridge's, from Charlotte Bronte to Amy Levy, and from Bayswater to Regent Street. While touching on a wide variety of topics, among them the appearance of public toilets, the creation of women's clubs and tea rooms, the proliferation of women's magazines, and musical comedy, Rappaport's subject is ultimately the creation of a modern ideal of middle-class femininity: no longer merely domestic and private but engaged as well in the public realm of consumption, display, and civic action."—Deborah Nord, Princeton University