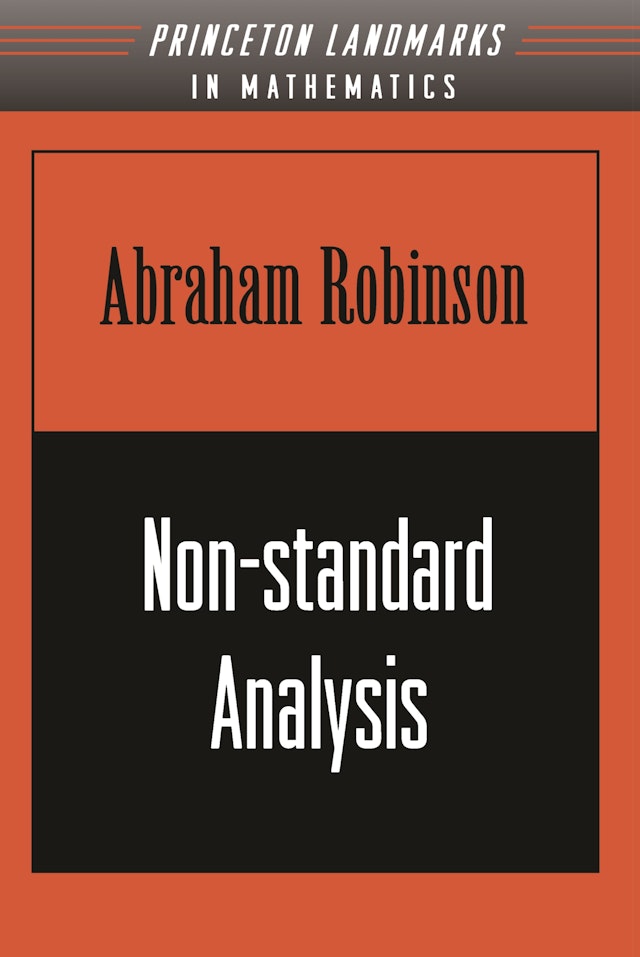 Considered by many to be Abraham Robinson’s magnum opus, this book offers an explanation of the development and applications of non-standard analysis by the mathematician who founded the subject. Non-standard analysis grew out of Robinson’s attempt to resolve the contradictions posed by infinitesimals within calculus. He introduced this new subject in a seminar at Princeton in 1960, and it remains as controversial today as it was then. This paperback reprint of the 1974 revised edition is indispensable reading for anyone interested in non-standard analysis. It treats in rich detail many areas of application, including topology, functions of a real variable, functions of a complex variable, and normed linear spaces, together with problems of boundary layer flow of viscous fluids and rederivations of Saint-Venant’s hypothesis concerning the distribution of stresses in an elastic body.

Abraham Robinson (1918-1974) was born in Prussia and taught mathematics at universities in Canada, Israel, and the United States. At the time of his death he was Sterling Professor of Mathematics at Yale University.

"Considered by many to be Abraham Robinson's magnum opus, this book offers an explanation of the development and application of non-standard analysis which grew out of Robinson's attempt to resolve the contradictions posed by infinitesimals within calculus."—L'Enseignement Mathématique