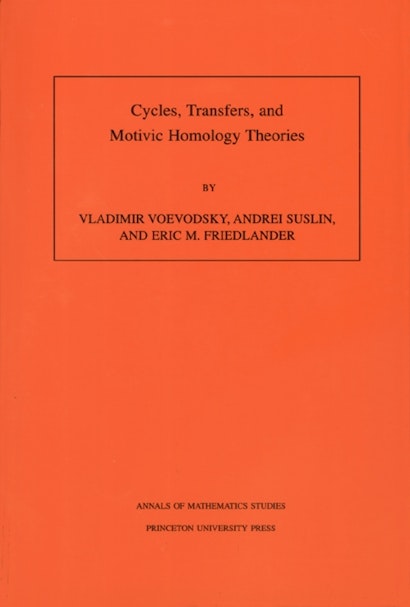 The original goal that ultimately led to this volume was the construction of “motivic cohomology theory,” whose existence was conjectured by A. Beilinson and S. Lichtenbaum. This is achieved in the book’s fourth paper, using results of the other papers whose additional role is to contribute to our understanding of various properties of algebraic cycles. The material presented provides the foundations for the recent proof of the celebrated “Milnor Conjecture” by Vladimir Voevodsky.


The theory of sheaves of relative cycles is developed in the first paper of this volume. The theory of presheaves with transfers and more specifically homotopy invariant presheaves with transfers is the main theme of the second paper. The Friedlander-Lawson moving lemma for families of algebraic cycles appears in the third paper in which a bivariant theory called bivariant cycle cohomology is constructed. The fifth and last paper in the volume gives a proof of the fact that bivariant cycle cohomology groups are canonically isomorphic (in appropriate cases) to Bloch’s higher Chow groups, thereby providing a link between the authors’ theory and Bloch’s original approach to motivic (co-)homology.

Vladimir Voeodsky is at the Institute for Advanced Study, Princeton. Andrei Suslin and Eric M. Friedlander teach in the Department of Mathematics at Northwestern University.