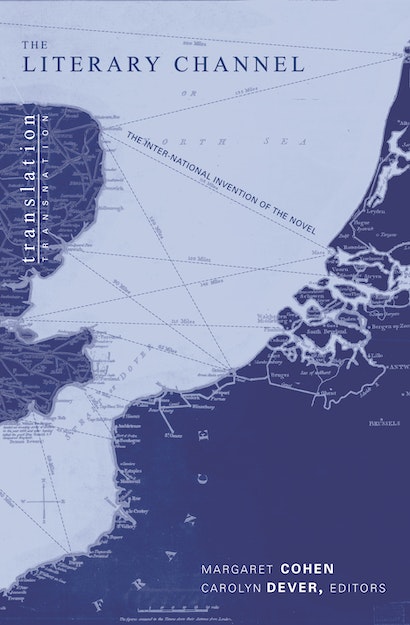 The Literary Channel defines a crucial transnational literary “zone” that shaped the development of the modern novel. During the first two centuries of the genre’s history, Britain and France were locked in political, economic, and military struggle. The period also saw British and French writers, critics, and readers enthusiastically exchanging works, codes, and theories of the novel. Building on both nationally based literary history and comparatist work on poetics, this book rethinks the genre’s evolution as marking the power and limits of modern cultural nationalism.


In the Channel zone, the novel developed through interactions among texts, readers, writers, and translators that inextricably linked national literary cultures. It served as a forum to promote and critique nationalist clichés, whether from the standpoint of Enlightenment cosmopolitanism, the insurgent nationalism of colonized spaces, or the non-nationalized culture of consumption. In the process, the Channel zone promoted codes that became the genre’s hallmarks, including the sentimental poetics that would shape fiction through the nineteenth century.

Margaret Cohen is Professor of Comparative Literature at New York University. She is the author of The Sentimental Education of the Novel (Princeton) and Profane Illumination and the coeditor of Spectacles of Realism. Carolyn Dever is Associate Professor of English at Vanderbilt University. She is the author of Feminism, In Theory and Death and the Mother from Dickens to Freud.

"This book powerfully argues that one can understand the long-term national traditions of the novel only by also understanding the long-term transnationality of the form. As a comparatist work, it intervenes to resituate the novel in the literary history of France and of England, and by doing this it also revises the overall history of the modern western novel. Building from some of the most challenging and valuable recent contributions to thinking about the novel as a modern form, it is at the cutting edge."—Jonathan Arac, Columbia University

"This collection makes important new arguments about the rise and development of the novel in England and France; it adds significantly to our understanding of the relation between national literatures and nation-building in the modern era. Together the essays amply demonstrate the importance of cross-national analysis for literary studies. The book is sure to have a major impact on scholarly discussions of the novel in Europe and America."—Susan Maslan, University of California, Berkeley