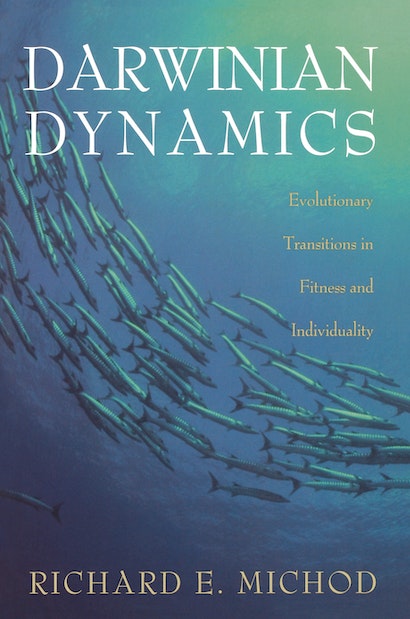 The concept of fitness has long been a topic of intense debate among evolutionary biologists and their critics, with its definition and explanatory power coming under attack. In this book, Richard Michod offers a fresh, dynamical interpretation of evolution and fitness concepts. He argues that evolution has no enduring products; what matters is the process of genetic change. Whereas many biologists have focused on competition and aggression as determining factors in survival, Michod, by concentrating on the emergence of individuality at new and more complex levels, finds that cooperation plays even a greater role.


Michod first considers the principles behind the hierarchically nested levels of organization that constitute life: genes, chromosomes, genomes, cells, multicellular organisms, and societies. By examining the evolutionary transitions from the molecular level up to the whole organism, the author explains how cooperation and conflict in a multilevel setting leads to new levels of fitness. He builds a model of fitness drawing on recent developments in ecology and multilevel selection theory and on new explanations of the origin of life. Michod concludes with a discussion of the philosophical implications of his theory of fitness, a theory that addresses the most fundamental and unique concept in all of biology.

Richard E. Michod is Professor of Ecology and Evolutionary Biology at the University of Arizona. He is the author of Eros and Evolution: A Natural Philosophy of Sex. Among the volumes he has coedited are Evolution of Sex: An Examination of Current Ideas and The Origin of Values.

"Darwinian Dynamics is an excellent and masterful synthesis of the current understanding about how evolutionary principles work at the various levels of biological organization.... Much like Einstein's theories of relativity extended classical mechanics, Michod's multi-selection theory is an extension of classical selection theory.... Well produced and current.... Michod has written what should be a classic for decades to come."—Norman A. Johnson, Bioscience

"Individuality and fitness, two of the most fundamental concepts in evolutionary theory, are anything but simple. Theoretical biologist Richard Michod reviews and extends the state of the art for these subjects in Darwinian Dynamics.... [These are] some of the most exciting advances in modern biology from one of its most able practitioners."—David Sloan Wilson, Human Biology