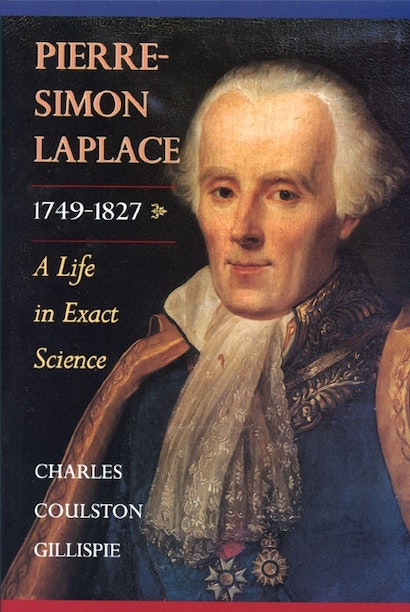 Pierre-Simon Laplace was among the most influential scientists in history. Often referred to as the lawgiver of French science, he is known for his technical contributions to exact science, for the philosophical point of view he developed in the presentation of his work, and for the leading part he took in forming the modern discipline of mathematical physics. His two most famous treatises were the five-volume Traité de mécanique céleste (1799-1825) and Théorie analytique des probabilités (1812). In the former he demonstrated mathematically the stability of the solar system in service to the universal Newtonian law of gravity. In the latter he developed probability from a set of miscellaneous problems concerning games, averages, mortality, and insurance risks into the branch of mathematics that permitted the quantification of estimates of error and the drawing of statistical inferences, wherever data warranted, in social, medical, and juridical matters, as well as in the physical sciences.


This book traces the development of Laplace’s research program and of his participation in the Academy of Science during the last decades of the Old Regime into the early years of the French Revolution. A scientific biography by Charles Gillispie comprises the major portion of the book. Robert Fox contributes an account of Laplace’s attempt to form a school of young physicists who would extend the Newtonian model from astronomy to physics, and Ivor Grattan-Guinness summarizes the history of the scientist’s most important single mathematical contribution, the Laplace Transform.

"Gillispie's distinguished biography is a magisterial survey of one of the most influential scientists of the past two centuries. It is also a history of science at its most challenging."—William R. Shea, Nature

"This is a rich and extremely well documented presentation of Laplace's works, which will surely prompt many scientists to go back to the original texts themselves and find out more about this great French scientist."—Jean-Bernard Robert, Physics World

"This book will decidedly be the definitive one-volume work on Laplace, and will be of particular value to mathematicians and physicists who wish to know the mathematical details of the origins of a number of significant parts of their subjects."—R. L. Cooke, Mathematical Reviews

"This book provides a scholarly and human view of the scientific life of Laplace, seen through the intellectual, political, and social environment of his time."—Lorenzo J. Curtis, Naturvetenskap