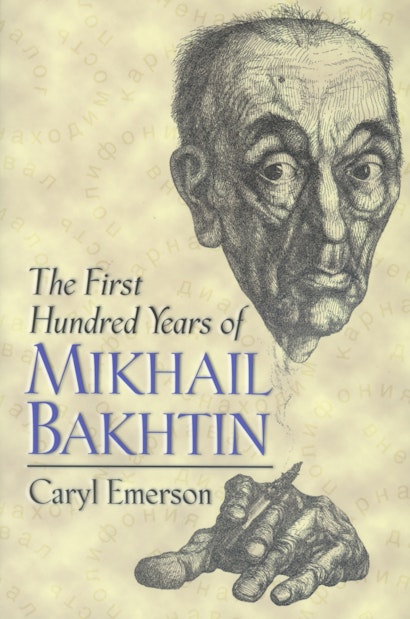 Among Western critics, Mikhail Bakhtin (1895-1975) needs no introduction. His name has been invoked in literary and cultural studies across the ideological spectrum, from old-fashioned humanist to structuralist to postmodernist. In this candid assessment of his place in Russian and Western thought, Caryl Emerson brings to light what might be unfamiliar to the non-Russian reader: Bakhtin’s foundational ideas, forged in the early revolutionary years, yet hardly altered in his lifetime. With the collapse of the Soviet system, a truer sense of Bakhtin’s contribution may now be judged in the context of its origins and its contemporary Russian “reclamation.”


A foremost Bakhtin authority, Caryl Emerson mines extensive Russian sources to explore Bakhtin’s reception in Russia, from his earliest publication in 1929 until his death, and his posthumous rediscovery. After a reception-history of Bakhtin’s published work, she examines the role of his ideas in the post-Stalinist revival of the Russian literary profession, concentrating on the most provocative rethinkings of three major concepts in his world: dialogue and polyphony; carnival; and “outsideness,” a position Bakhtin considered essential to both ethics and aesthetics. Finally, she speculates on the future of Bakhtin’s method, which was much more than a tool of criticism: it will “tell you how to teach, write, live, talk, think.”

Caryl Emerson is A. Watson Armour III University Professor of Slavic Languages and Literatures at Princeton University. She is the author, with Gary Saul Morson, of Mikhail Bakhtin: Creation of a Prosaics, and is a primary translator of Bakhtin into English. She has also written on Pushkin, Dostoevsky, Tolstoy, the Russian critical tradition, and Russian music.

"Caryl Emerson is arguably the most knowledgeable and gifted Bakhtin Scholar in the United States.... The First Hundred Years of Mikhail Bakhtin provides us with fascinating glimpses of his life and his character with a history of his intellectual career in Russia and in the West, and with a serious discussion of the problematic areas of his thought."—The New Republic

"It is impossible to do more here than give a very fragmentary notion of the wealth of material contained in Emerson's book, which she presents not only with penetration but also with a responsive awareness of what it reveals about the present state of Russian culture."—London Review of Books

"One of the three or four most important books on [Bakhtin] now available in English."—The Nation

"Caryl Emerson has given us a major book on a major phenomenon, as readable as it is important, one that moves authoritatively from biography through literary and philosophical analysis to the cultural frameworks in which those matters take on their specific and complex resonances."—Donald Fanger, Harvard University