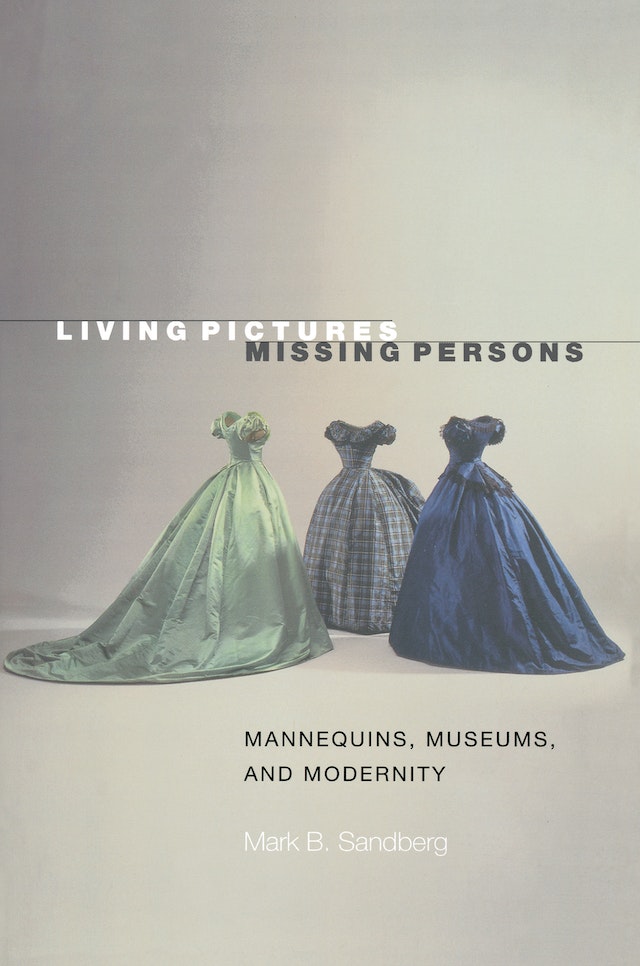 In the late nineteenth century, Scandinavian urban dwellers developed a passion for a new, utterly modern sort of visual spectacle: objects and effigies brought to life in astonishingly detailed, realistic scenes. The period 1880-1910 was the popular high point of mannequin display in Europe. Living Pictures, Missing Persons explores this phenomenon as it unfolded with the rise of wax museums and folk museums in the largest cities of Denmark, Sweden, and Norway. Mark Sandberg asks: Why did modernity generate a cultural fascination with the idea of effigy? He shows that the idea of effigy is also a portal to understanding other aspects of visual entertainment in that period, including the widespread interest in illusionistic scenes and tableaux, in the “portability” of sights, spaces, and entire milieus.


Sandberg investigates this transformation of visual culture outside the usual test cases of the largest European metropolises. He argues that Scandinavian spectators desired an unusual degree of authenticity — a cultural preference for naturalism that made its way beyond theater to popular forms of museum display. The Scandinavian wax museums and folk-ethnographic displays of the era helped pre-cinematic spectators work out the social implications of both voyeuristic and immersive display techniques. This careful study thus anticipates some of the central paradoxes of twentieth-century visual culture — but in a time when the mannequin and the physical relic reigned supreme, and in a place where the contrast between tradition and modernity was a high-stakes game.

Mark B. Sandberg is Associate Professor of Scandinavian and Film Studies at the University of California, Berkeley.

"Living Pictures, Missing Persons is a pioneering work. It gives the first thorough description of the early history of wax museums and folk museums in Scandinavia and it is at the same time a highly interesting analysis of different forms of museum display in light of theories on spectatorship. It is well written, often elegantly combining vivid anecdotal details with theoretical reflection."—Martin Zerlang, University of Copenhagen

"This book stands on its own as the first comprehensive institutional study of wax and folk museums in any national context, and one that, because of the exhaustive nature of the research and the theoretical awareness of the author, succeeds in presenting their multiple forms and roles in ways that go beyond many conventional studies of the era's museums and spectacles."—Anthony Vidler, University of California, Los Angeles