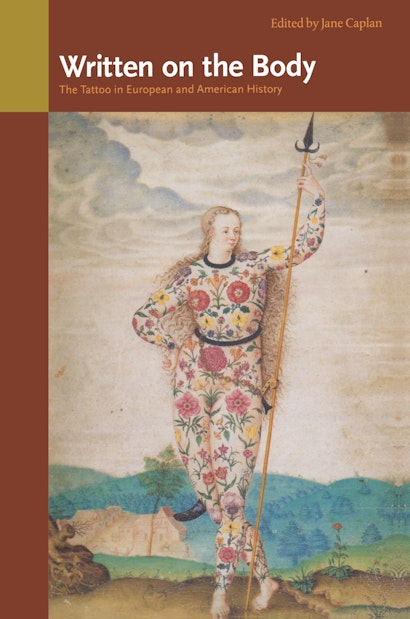 Despite the social sciences’ growing fascination with tattooing — and the immense popularity of tattoos themselves — the practice has not left much of a historical record. And, until very recently, there was no good context for writing a serious history of tattooing in the West. This collection exposes, for the first time, the richness of the tattoo’s European and American history from antiquity to the present day. In the process, it rescues tattoos from their stereotypical and sensationalized association with criminality.


The tattoo has long hovered in a space between the cosmetic and the punitive. Throughout its history, the status of the tattoo has been complicated by its dual association with slavery and penal practices on the one hand and exotic or forbidden sexuality on the other. The tattoo appears often as an involuntary stigma, sometimes as a self-imposed marker of identity, and occasionally as a beautiful corporal decoration.


This volume analyzes the tattoo’s fluctuating, often uncomfortable position from multiple angles. Individual chapters explore fascinating segments of its history — from the metaphorical meanings of tattooing in Celtic society to the class-related commodification of the body in Victorian Britain, from tattooed entertainers in Germany to tattooing and piercing as self-expression in the contemporary United States. But they also accumulate to form an expansive, textured view of permanent bodily modification in the West.


By combining empirical history, powerful cultural analysis, and a highly readable style, this volume both draws on and propels the ongoing effort to write a meaningful cultural history of the body. The contributors, representing several disciplines, have all conducted extensive original research into the Western tattoo. Together, they have produced an unrivalled account of its history. They are, in addition to the editor, Clare Anderson, Susan Benson, James Bradley, Ian Duffield, Juliet Fleming, Alan Govenar, Harriet Guest, Mark Gustafson, C. P. Jones, Charles MacQuarrie, Hamish Maxwell-Stewart, Stephan Oettermann, Jennipher A. Rosecrans, and Abby Schrader.

Jane Caplan is Marjorie Walter Goodhart Professor of European History at Bryn Mawr College. She is the author of Government Without Administration: State and Civil Service in Weimar and Nazi Germany, editor of Nazism, Fascism and the Working Class: Essays by Tim Mason, and coeditor of Reevaluating the Third Reich and Documenting Individual Identity: The Development of State Practices since the French Revolution(forthcoming from Princeton).

"This is the rare collection that can be read from cover to cover, even by the non-specialist. And such a reading is rewarded by many pleasant surprises . . . This volume will seduce a wide variety of readers in history, anthropology, cultural studies, gender and sexuality studies, and colonial and postcolonial studies. I enthusiastically recommend it."—David Horn, author of, Social Bodies: Science, Reproduction and Italian Modernity

"This anthology, which is rarely scarred by academic jargon, fascinates with its detail, covering enough surface to show how much more is left to be explored."—Edward Rothstein, The New York Times

"Tattoos have a strange double-nature. They have an uncanny power to affront, yet they also exert an almost irresistible fascination, even on historians. Jane Caplan's collection of essays from 14 estimable British and American historians provides an informative exploration and interpretation of the tattoo in Western Culture."—Rob Mitchell, Boston Herald

"This eccentric and entertaining collection of essays makes a strong case for thinking that we should look more closely at human skin. . . . There aren't many places where Betty Boop, Wagner, and a succubus or two can be found jostling each other for space. One could be on the tatooed body. The other is in this brilliantly scholarly and scatty book."—Robert Douglas-Fairhurst, The Art Newspaper

"[An] amazingly rich volume. . . . Caplan's anthology of essays is stimulating for further work on the very idea of body ornamentation as a source of cultural history."—Sander L. Gilman, American Historical Review