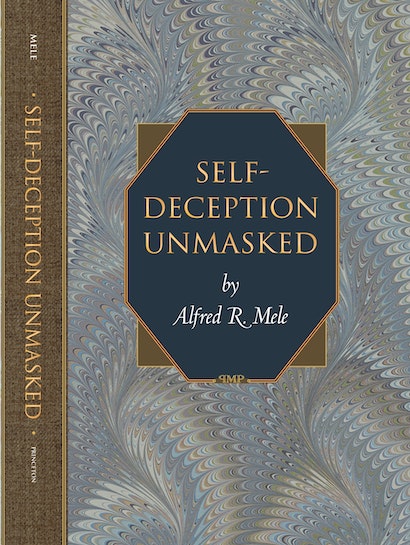 
Drawing on cutting-edge empirical research on everyday reasoning and biases, Mele takes issue with commonplace attempts to equate the processes of self-deception with those of stereotypical interpersonal deception. Such attempts, he demonstrates, are fundamentally misguided, particularly in the assumption that self-deception is intentional. In their place, Mele proposes a compelling, empirically informed account of the motivational causes of biased beliefs. At the heart of this theory is an appreciation of how emotion and motivation may, without our knowing it, bias our assessment of evidence for beliefs. Highlighting motivation and emotion, Mele develops a pair of approaches for explaining the two forms of self-deception: the “straight” form, in which we believe what we want to be true, and the “twisted” form, in which we believe what we wish to be false.


Underlying Mele’s work is an abiding interest in understanding and explaining the behavior of real human beings. The result is a comprehensive, elegant, empirically grounded theory of everyday self-deception that should engage philosophers and social scientists alike.

Alfred R. Mele, the William H. and Lucyle T. Werkmeister Professor of Philosophy at Florida State University, is the author of Irrationality, Springs of Action, and Autonomous Agents. He is the editor of The Philosophy of Action and coeditor of Mental Causation.

"An engaging and accessible read. . . . What is particularly compelling about Mele's analysis of self-deception is that it demonstrates, in contrast with many accounts . . ., that we have relatively little control over many of the beliefs that are most important to us. . . . The book gives rise to many fascinating questions about human nature.""—Julie E. Kirsch, Ethics

"An engaging and accessible read for both those who have and those who have not previously thought extensively about self-deception. . . . What is particularly compelling about Mele's analysis of self-deception is that it demonstrates, in contrast with many accounts of self-deception that purport to demonstrate the opposite, that we have relatively little control over many of the beliefs that are most important to us—beliefs that concern the objects of our desires. . . . [T]he book gives rise to many fascinating questions concerning human nature."—Julie E. Kirsch, Ethics

"This book presents a fine-grained, distinctive, and highly plausible account of self-deception in an engaging and concrete style. Mele's book is also the most psychologically informed philosophical treatment of the topic I know of."—Robert Audi, University of Nebraska