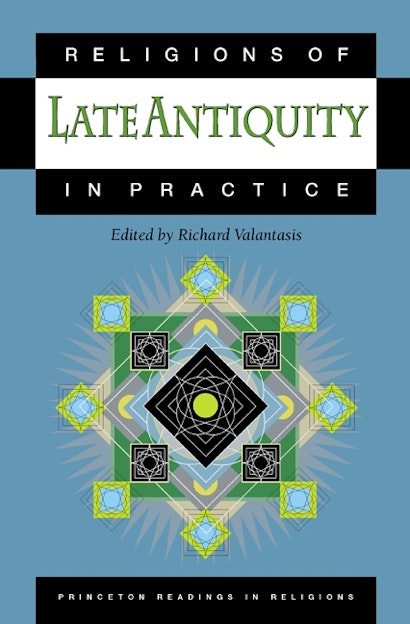 This is an unprecedented collection of nearly seventy Late Antique primary religious texts. These texts — all in new English translation and many appearing in English for the first time — represent every major religious current from the late first century until the rise of Islam. Produced through the efforts of thirty-six leading scholars in the field, they constitute a comprehensive view of religious practice in Late Antiquity.


Religious life and performance during this period comprised diverse, often unusual practices. Philosophical ascent, magic, legal pronouncement, hymnography, dietary and sexual restriction, and rhetoric were all part of this deeply fascinating world. Religious and political identity often intertwined, as reflected in the Roman persecution of Christians. And a fluid boundary between religion and superstition was contested in daily life. Many practices, including ascetic training, crossed religious boundaries. Others, such as “incubation” at specific temples and certain divination rites, were distinctive practices of individual groups and orders.


Intrinsically interesting, the practice of religion in the Late Antique also edifies modern-day religious life. As this volume shows, the origins of the contemporary Western religious terrain can be gleaned in this period. Rabbinic Judaism flourished and spread. Christianity developed still-important theological categories and structures. And even movements that did not survive intact — such as Neoplatonism and the once-powerful Manichaean churches — continue to influence religion today.


This rich sourcebook includes discussions of asceticism, religious organization, ritual, martyrdom, religion’s social implications, law, and theology. Its unique emphasis on practice and its inclusion of texts translated from lesser-known languages advance the study of religious history in several directions. A strong interdisciplinary orientation will reward scholars and students of religion, theology, gender studies, classical literatures, and history. Each text is accompanied by an introduction and a bibliography for further reading and research, making the book appropriate for use in any university or seminary classroom.

Richard Valantasis is Professor of New Testament and Christian Origins at Iliff School of Theology in Denver, Colorado. He is the author The Gospel of Thomas and coeditor of Asceticism.

"The selection of texts is judicious and the translations are lively; those teaching late antique religions will find this anthology nearly indispensable."—Choice

"This collection will surely prove to be a gold mine for those of us who teach the religions of late antiquity. It provides a lively and kaleidoscopic view of an entire era of religious activity and development. It will also be a tool for scholars. . . .The emphasis on practice is a completely new feature in a collection of this kind; there is simply nothing like it."—Patricia Cox Miller, author of Dreams in Late Antiquity