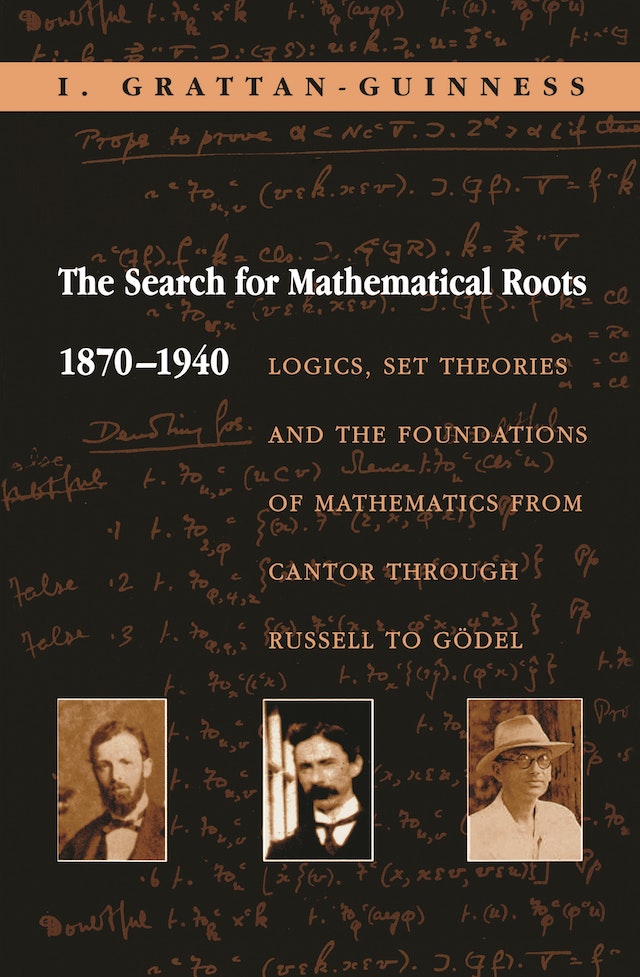 
This definitive history of a critical period in mathematics includes detailed accounts of the two principal influences upon Russell around 1900: the set theory of Cantor and the mathematical logic of Peano and his followers. Substantial surveys are provided of many related topics and figures of the late nineteenth century: the foundations of mathematical analysis under Weierstrass; the creation of algebraic logic by De Morgan, Boole, Peirce, Schröder, and Jevons; the contributions of Dedekind and Frege; the phenomenology of Husserl; and the proof theory of Hilbert. The many-sided story of the reception is recorded up to 1940, including the rise of logic in Poland and the impact on Vienna Circle philosophers Carnap and Gödel. A strong American theme runs though the story, beginning with the mathematician E. H. Moore and the philosopher Josiah Royce, and stretching through the emergence of Church and Quine, and the 1930s immigration of Carnap and GödeI.


Grattan-Guinness draws on around fifty manuscript collections, including the Russell Archives, as well as many original reviews. The bibliography comprises around 1,900 items, bringing to light a wealth of primary materials.


Written for mathematicians, logicians, historians, and philosophers — especially those interested in the historical interaction between these disciplines — this authoritative account tells an important story from its most neglected point of view. Whitehead and Russell hoped to show that (much of) mathematics was expressible within their logic; they failed in various ways, but no definitive alternative position emerged then or since.

"Grattan-Guiness's uniformly interesting and valuable account of the interwoven development of logic and related fields of mathematics . . . between 1870 and 1940 presents a significantly revised analysis of the history of the period. . . . [His] book is important because it supplies what has been lacking: a full account of the period from a primary mathematical perspective."—James W. Van Evra, Isis

"I know of no comparably comprehensive treatment of the history of this important period in modern logic. There is a large body of historical literature that is in need of just the kind of synthesis and masterly overview that this work provides. Though most people recognize mathematics as a principal motivating force behind the development of modern logic, the influences on and from mathematics have been largely ignored or minimized. The Search for Mathematical Roots acts as a guide through that challenging mathematical thicket."—Albert C. Lewis, chief editor of The History of Mathematics from Antiquity to the Present

"Ivor Grattan-Guinness provides a marvelous, comprehensive overview of the history of efforts to come to an understanding of mathematical logic and its relation to mathematics in the period 1870-1940. Given its rich detail and inclusion of under-appreciated figures who deserve to be better known, this is an especially important and useful book."—Joseph Dauben, author of George Cantor: His Mathematics and Philosophy of the Infinite