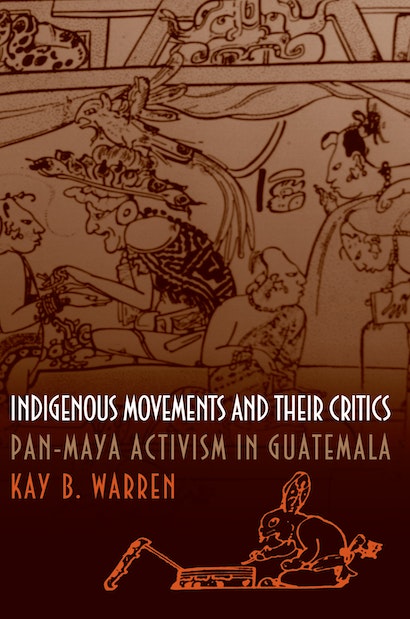 In this first book-length treatment of Maya intellectuals in national and community affairs in Guatemala, Kay Warren presents an ethnographic account of Pan-Maya cultural activism through the voices, writings, and actions of its participants. Challenging the belief that indigenous movements emerge as isolated, politically unified fronts, she shows that Pan-Mayanism reflects diverse local, national, and international influences. She explores the movement’s attempts to interweave these varied strands into political programs to promote human and cultural rights for Guatemala’s indigenous majority and also examines the movement’s many domestic and foreign critics.


The book focuses on the years of Guatemala’s peace process (1987 — 1996). After the previous ten years of national war and state repression, the Maya movement reemerged into public view to press for institutional reform in the schools and courts and for the officialization of a “multicultural, ethnically plural, and multilingual” national culture. In particular, Warren examines a group of well-known Mayanist antiracism activists — among them, Demetrio Cojt!, Mart!n Chacach, Enrique Sam Colop, Victor Montejo, members of Oxlajuuj Keej Maya’ Ajtz’iib’, and grassroots intellectuals in the community of San Andr s — to show what is at stake for them personally and how they have worked to promote the revitalization of Maya language and culture. Pan-Mayanism’s critics question its tactics, see it as threatening their own achievements, or even as dangerously polarizing national society. This book highlights the crucial role that Mayanist intellectuals have come to play in charting paths to multicultural democracy in Guatemala and in creating a new parallel middle class.

Kay B. Warren is Professor of Anthropology at Harvard University, after many years at Princeton University. She authored The Symbolism of Subordination: Indian Identity in a Guatemala Town, coauthored Women of the Andes: Patriarchy and Social Change in Two Peruvian Towns, and edited The Violence Within: Cultural and Political Opposition in Divided Nations. A Spanish version of Indigenous Movements and Their Critics will be published by the Maya press Cholsamaj in Guatemala.

"Starting with an analysis of activism in one Mayan community, a Harvard anthropologist examines the role of indigenous intellectual and their influence in pormoting the rights of Guatemala's indigenous majority on local, national, and international levels."—Kenneth Maxwell, Foreign Affairs