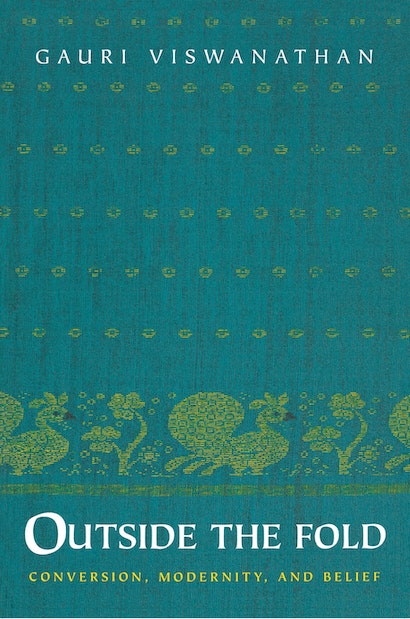 Outside the Fold is a radical reexamination of religious conversion. Gauri Viswanathan skillfully argues that conversion is an interpretive act that belongs in the realm of cultural criticism. To that end, this work examines key moments in colonial and postcolonial history to show how conversion questions the limitations of secular ideologies, particularly the discourse of rights central to both the British empire and the British nation-state. Implicit in such questioning is an attempt to construct an alternative epistemological and ethical foundation of national community. Viswanathan grounds her study in an examination of two simultaneous and, she asserts, linked events: the legal emancipation of religious minorities in England and the acculturation of colonial subjects to British rule. The author views these two apparently disparate events as part of a common pattern of national consolidation that produced the English state. She seeks to explain why resistance, in both cases, frequently took the form of religious conversion, especially to “minority” or alternative religions. Confronting the general characterization of conversion as assimilative and annihilating of identity, Viswanathan demonstrates that a willful change of religion can be seen instead as an act of opposition. Outside the Fold concludes that, as a form of cultural crossing, conversion comes to represent a vital release into difference.

Through the figure of the convert, Viswanathan addresses the vexing question of the role of belief and minority discourse in modern society. She establishes new points of contact between the convert as religious dissenter and as colonial subject. This convergence provides a transcultural perspective not otherwise visible in literary and historical texts. It allows for radically new readings of significant figures as diverse as John Henry Newman, Pandita Ramabai, Annie Besant, and B. R. Ambedkar, as well as close studies of court cases, census reports, and popular English fiction. These varying texts illuminate the means by which discourses of religious identity are produced, contained, or opposed by the languages of law, reason, and classificatory knowledge. Outside the Fold is a challenging, provocative contribution to the multidisciplinary field of cultural studies.

Gauri Viswanathan is Professor of English and Comparative Literature at Columbia University. She is the author of Masks of Conquest: Literary Study and British Rule in India.

"Outside the Fold is an intriguing and wide-ranging set of essays exploring the meaning of conversion. But beyond that, it is a commentary on the transcultural experience of colonialism and modernity."—David Mosse, Journal of the Royal Anthropological Institute

"I cannot conceive of a more important reading in its detail and its strength. This is the work of a dedicated and highly sophisticated thinker."—Sara Suleri Goodyear, Yale University