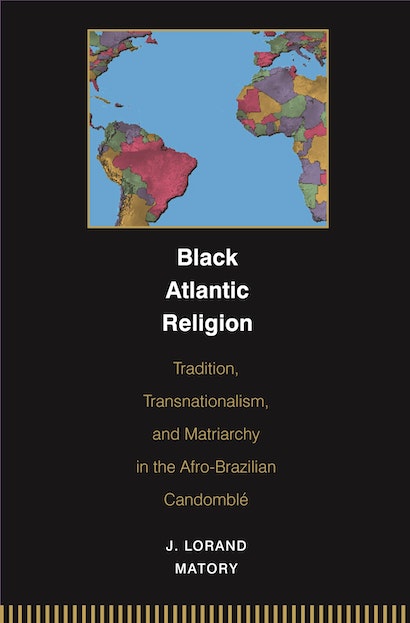 Black Atlantic Religion illuminates the mutual transformation of African and African-American cultures, highlighting the example of the Afro-Brazilian Candomblé religion. This book contests both the recent conviction that transnationalism is new and the long-held supposition that African culture endures in the Americas only among the poorest and most isolated of black populations. In fact, African culture in the Americas has most flourished among the urban and the prosperous, who, through travel, commerce, and literacy, were well exposed to other cultures. Their embrace of African religion is less a “survival,” or inert residue of the African past, than a strategic choice in their circum-Atlantic, multicultural world.


With counterparts in Nigeria, the Benin Republic, Haiti, Cuba, Trinidad, and the United States, Candomblé is a religion of spirit possession, dance, healing, and blood sacrifice. Most surprising to those who imagine Candomblé and other such religions as the products of anonymous folk memory is the fact that some of this religion’s towering leaders and priests have been either well-traveled writers or merchants, whose stake in African-inspired religion was as much commercial as spiritual. Morever, they influenced Africa as much as Brazil. Thus, for centuries, Candomblé and its counterparts have stood at the crux of enormous transnational forces.


Vividly combining history and ethnography, Matory spotlights a so-called “folk” religion defined not by its closure or internal homogeneity but by the diversity of its connections to classes and places often far away. Black Atlantic Religion sets a new standard for the study of transnationalism in its subaltern and often ancient manifestations.

J. Lorand Matory, Professor of Anthropology and of African and African American Studies at Harvard University, is the author of the forthcoming Sex and the Empire That Is No More: Gender and the Politics of Metaphor in Òyó Yorùbá Religion, second edition.

"Readers with an interest in Afro-diasporan studies and the historical development of 'creole' or 'hybrid' cultures, as well as those attentive to contemporary debates about modernity, nationalism, and globalization, will find here a provocative reflection on Black Atlantic culture."—Kelly E. Hayes, History of Religions

"A major achievement. The Black Atlantic case expands and transforms our understanding of both nationalism and transnationalism and offers a wealth of fascinating and little-known data. I am in awe of the extent of the research and the complexity of the analysis."—Sherry B. Ortner, University of California, Los Angeles

"This book presents a strongly argued thesis about the origins of Candomble that is radically different from the usual interpretations presented so far about its origin and status. No serious scholar interested in the process of the transmission of African culture to the Americas will be able to ignore this work."—John K. Thornton, Boston University

"A wide-ranging, strongly-argued, rewarding piece of work. The author's deep engagement with his human and intellectual subjects nicely draws the reader into the unfolding story. The book will be a significant contribution to the study of transnationalism. Indeed, it effectively closes the door on some tired but central debates in Afro-American studies and points the way methodologically toward some of the directions research ought to take in the coming years."—Richard Price, author of First-Time, Alabi's World, and The Convict and The Colonel