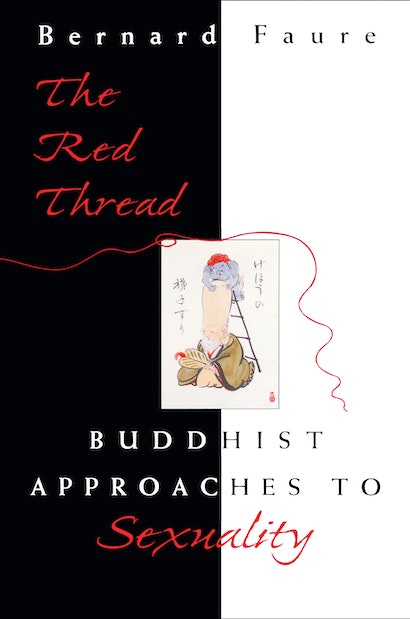 Is there a Buddhist discourse on sex? In this innovative study, Bernard Faure reveals Buddhism’s paradoxical attitudes toward sexuality. His remarkably broad range covers the entire geography of this religion, and its long evolution from the time of its founder, Xvkyamuni, to the premodern age. The author’s anthropological approach uncovers the inherent discrepancies between the normative teachings of Buddhism and what its followers practice.


Framing his discussion on some of the most prominent Western thinkers of sexuality — Georges Bataille and Michel Foucault — Faure draws from different reservoirs of writings, such as the orthodox and heterodox “doctrines” of Buddhism, and its monastic codes. Virtually untapped mythological as well as legal sources are also used. The dialectics inherent in Mahvyvna Buddhism, in particular in the Tantric and Chan/Zen traditions, seemed to allow for greater laxity and even encouraged breaking of taboos.


Faure also offers a history of Buddhist monastic life, which has been buffeted by anticlerical attitudes, and by attempts to regulate sexual behavior from both within and beyond the monastery. In two chapters devoted to Buddhist homosexuality, he examines the way in which this sexual behavior was simultaneously condemned and idealized in medieval Japan.


This book will appeal especially to those interested in the cultural history of Buddhism and in premodern Japanese culture. But the story of how one of the world’s oldest religions has faced one of life’s greatest problems makes fascinating reading for all.

Bernard Faure is Associate Professor of Religion at Stanford University. He is the author of The Rhetoric of Immediacy, Chan Insights and Oversights, and Visions of Power (all from Princeton University Press).

"Although many scholars strive to locate their research within the study of Chinese religions as a whole, and thus to incorporate perspectives, insights, and approaches derived from the fields of popular religious studies and poststructuralist anthropology, there is as yet only one scholar who has adopted this breadth of vision as the fundamental characteristic of his intellectual agenda. This is of course Bernard Faure."—The Journal of Asian Studies