A groundbreaking account of perception and art, from one of the twentieth century’s most important art historians 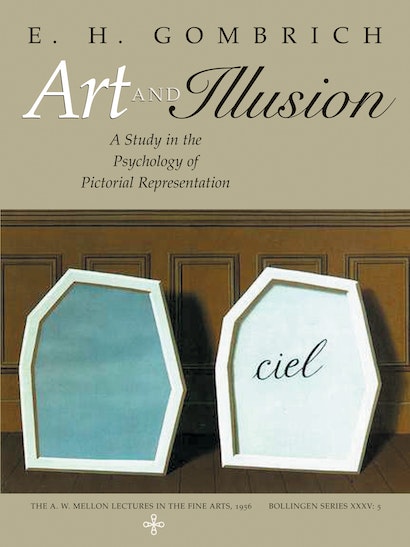 E. H. Gombrich is widely considered to be one of the most influential art historians of the twentieth century, and Art and Illusion is generally agreed to be his most important book. Bridging science and the humanities, this classic work examines the history and psychology of pictorial representation in light of modern theories of information and learning in visual perception. Searching for a rational explanation of the changing styles of art, Gombrich reexamines ideas about the imitation of nature and the function of tradition. In testing his arguments, he ranges over the history of art, from the ancient Greeks, Leonardo, and Rembrandt to the impressionists and the cubists. But the triumphant originality of Art and Illusion is that Gombrich is less concerned with the artists than with the psychological experience of the viewers of their work.

E. H. Gombrich (1909–2001) was director of the Warburg Institute and Professor of the History of the Classical Tradition at the University of London. His best-known book, The Story of Art, has been translated into many languages, and he was also the author of A Little History of the World.

"I have learned a great deal from this volume, but what I shall remember about it is the author's warmth and wit, the fabulous range of his references and the richness of personality that lies behind the whole performance."—New York Times

"Gombrich himself is a remarkable intellect, graceful, subtle, profoundly logical and given to using logic to open questions rather than to close them."—New Republic

"Arguably [Gombrich's] most important book, [Art and Illusion] was controversial in almost every detail. But it brought the topic of the visual back to the centre of the history of the visual arts, from where it had been strangely displaced."—The Economist

"Gombrich is indeed Master Scholar of the highest distinction. He has explored the mysterious links between perception and art—adding to both in the process, with a score of superb books on the history and philosophy of art. . . . [Art and Illusion's] riches can only be appreciated by careful reading, more than once."—Richard Gregory, Perception