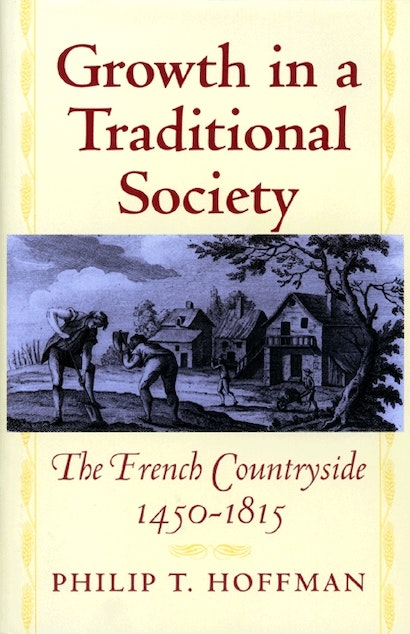 Philip Hoffman shatters the widespread myth that traditional agricultural societies in early modern Europe were socially and economically stagnant and ultimately dependent on wide-scale political revolution for their growth. Through a richly detailed historical investigation of the peasant agriculture of ancien-régime France, the author uncovers evidence that requires a new understanding of what constituted economic growth in such societies. His arguments rest on a measurement of long-term growth that enables him to analyze the economic, institutional, and political factors that explain its forms and rhythms. In comparing France with England and Germany, Hoffman arrives at fresh answers to some classic questions: Did French agriculture lag behind farming in other countries? If so, did the obstacles in French agriculture lurk within peasant society itself, in the peasants’ culture, in their communal property rights, or in the small scale of their farms? Or did the obstacles hide elsewhere, in politics, in the tax system, or in meager opportunities for trade? The author discovers that growth cannot be explained by culture, property rights, or farm size, and argues that the real causes of growth derived from politics and gains from trade. By challenging other widely held beliefs, such as the nature of the commons and the workings of the rural economy, Hoffman offers a new analysis of peasant society and culture, one based on microeconomics and game theory and intended for a wide range of social scientists.

Philip T. Hoffman is Professor of History and Social Science at the California Institute of Technology. He is the author of Church and Community in the Diocese of Lyon, 1500-1789 and, with Kathryn Norberg, Fiscal Crises, Liberty, and Representative Government, 1450-1789.

"One of the most important books on early modern agriculture to appear in the last two decades. This is a fine example of the cliometric revolution in economic history; it is a book upon which one can build."—Journal of Economic History

"This is a very readable book. . . . Its statistical base is constantly subjected to historical, sociological, and ethnological theory. It contains important new discoveries concerning the difficult analysis of growth in a traditional society. Above all it demonstrates the importance of bringing new methodological approaches to historical questions."—American Historical Review

"For presenting this story with unprecedented detail and evidence, and, I should add, clear style and rich argument, we are indebted to Hoffman."—American Journal of Sociology

"[Hoffman] offers both a new understanding of agricultural growth and a novel application of a tool of economic analysis to early modern sources. . . . The novelty and clarity of his general argument, the richness of his documentation, and the significance of his provocative conclusions . . . make this a work of great value not just to historians of early modern Europe, but to all interested in the realities of economic choices."—Jeanne Harrie, The Historian