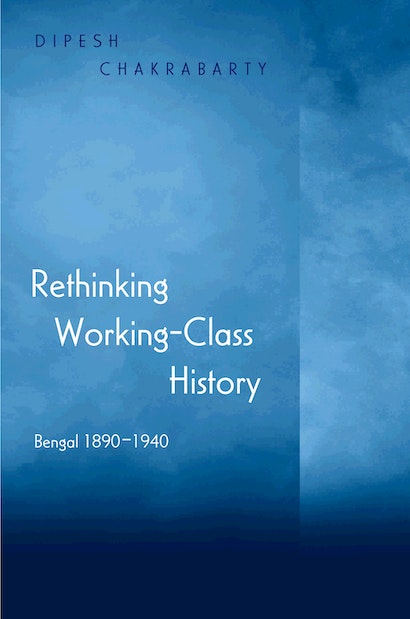 Dipesh Chakrabarty combines a history of the jute-mill workers of Calcutta with a fresh look at labor history in Marxist scholarship. Opposing a reductionist view of culture and consciousness, he examines the milieu of the jute-mill workers and the way it influenced their capacity for class solidarity and “revolutionary” action from 1890 to 1940. Around and within this empirical core is built his critique of emancipatory narratives and their relationship to such Marxian categories as “capital,” “proletariat,” or “class consciousness.”


The book contributes to currently developing theories that connect Marxist historiography, post-structuralist thinking, and the traditions of hermeneutic analysis. Although Chakrabarty deploys Marxian arguments to explain the political practices of the workers he describes, he replaces universalizing Marxist explanations with a sensitive documentary method that stays close to the experience of workers and their European bosses. He finds in their relationship many elements of the landlord/tenant relationship from the rural past: the jute-mill workers of the period were preindividualist in consciousness and thus incapable of participating consistently in modern forms of politics and political organization.

Dipesh Chakrabarty is Professor of South Asian Languages and Civilizations, History, and History of Culture at the University of Chicago. From 1992 through 1995, he directed the Ashworth Centre for Social Theory at the University of Melbourne. He is the author of the forthcoming Provincializing Europe.

"[A] thought-provoking study in Marxist labor history, perhaps the most important monograph since E. P. Thompson's The Making of the English Working Class. . . . This book represents a brilliant effort to connect traditions of post structuralist and Marxist thought in a fascinating tale of working-class protest and organization in colonial Calcutta."—The Journal of Asian Studies

"Dipesh Chakrabarty has now made a signal and valuable contribution to the history of the Calcutta jute workers and their industry and has given important guidelines for more searching study of all groups in the working class of India."—American Historical Review

"Refreshingly original. . . . The author's clarity and consistency of purpose force one to reflect on the problematic nature of working-class history and the difficulties involved in its conceptualization and writing. . . . Chakrabarty travels consistently and illuminatingly between the warp of theoretical proposition and woof of historical specificity."—Journal of the South Asia Studies Association