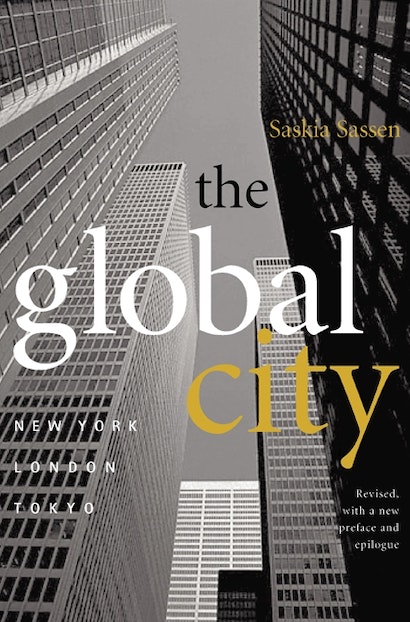 This classic work chronicles how New York, London, and Tokyo became command centers for the global economy and in the process underwent a series of massive and parallel changes. What distinguishes Sassen’s theoretical framework is the emphasis on the formation of cross-border dynamics through which these cities and the growing number of other global cities begin to form strategic transnational networks. All the core data in this new edition have been updated, while the preface and epilogue discuss the relevant trends in globalization since the book originally came out in 1991.

Saskia Sassen is Professor of Sociology and of the Social Sciences at the University of Chicago. Her other books include Guests and Aliens, The Mobility of Labor and Capital, Losing Control, and Globalization and Its Discontents.

"This is brilliant stuff, both in its broadness of sociological scope and its voluminous collection of data from a vast number of sources in the three cities."—Scott Lash, The Times Higher Education Supplement

"[A] high-powered and at times horrific book. Sassen shows how dangerously city life has been affected by the influx of employees of the multinational firms which move into major cities and virtually colonize them, riving even greater wedges between the rich and poor."—The Observer

"A landmark study in the political economy of cities."—Anthony King, Newsline

"The most detailed and sophisticated anatomy yet published of the functioning of the new producer services sector in the global economy."—Mark Levine, Urban Affairs Quarterly

"An exciting and persuasive work. It incorporates a herculean research effort."—Susan Fainstein, Journal of the American Planning Association

"A multi-disciplinary tour de force that should be read not only by regional economists but also by urban geographers, sociologists, and planners."—Development and Change