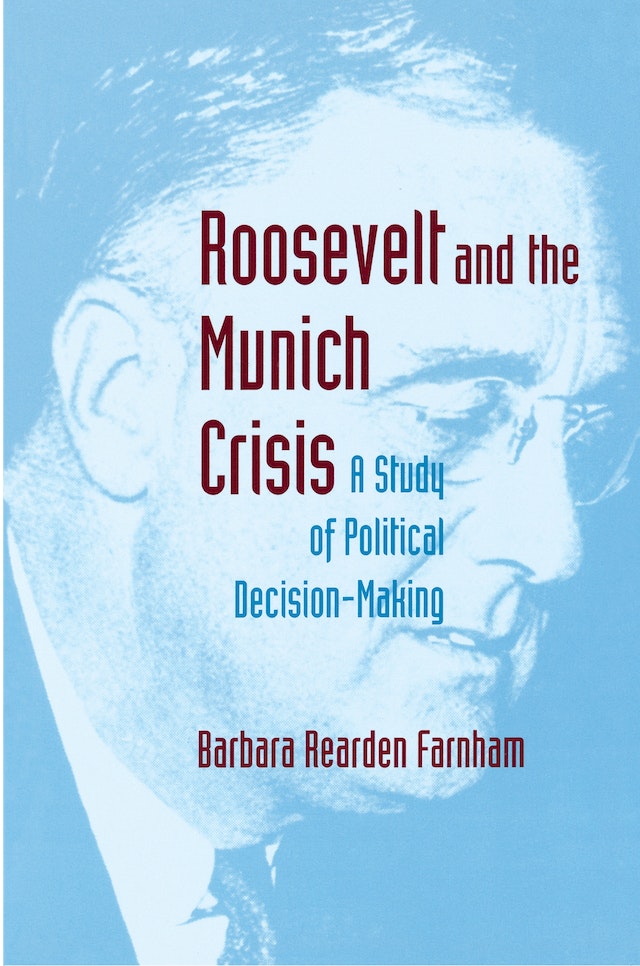 Franklin Roosevelt’s intentions during the three years between Munich and Pearl Harbor have been a source of controversy among historians for decades. Barbara Farnham offers both a theory of how the domestic political context affects foreign policy decisions in general and a fresh interpretation of FDR’s post-Munich policies based on the insights that the theory provides. Between 1936 and 1938, Roosevelt searched for ways to influence the deteriorating international situation. When Hitler’s behavior during the Munich crisis showed him to be incorrigibly aggressive, FDR settled on aiding the democracies, a course to which he adhered until America’s entry into the war. This policy attracted him because it allowed him to deal with a serious problem: the conflict between the need to stop Hitler and the domestic imperative to avoid any risk of American involvement in a war.


Because existing theoretical approaches to value conflict ignore the influence of political factors on decision-making, they offer little help in explaining Roosevelt’s behavior. As an alternative, this book develops a political approach to decision-making which focuses on the impact that awareness of the imperatives of the political context can have on decision-making processes and, through them, policy outcomes. It suggests that in the face of a clash of central values decision-makers who are aware of the demands of the political context are likely to be reluctant to make trade-offs, seeking instead a solution that gives some measure of satisfaction to all the values implicated in the decision.

Barbara Rearden Farnham is Senior Associate at the Institute of War and Peace Studies.

"A valiant and admirable effort to bring together international-relations theory and historical evidence (however anecdotal). . . . No book better re-creates Roosevelt's awareness of the aviation age; it belongs on the scholar's shelf."—Warren F. Kimball, The Times Literary Supplement

"Farnham argues with great clarity and commendable force that the Munich crisis played a decisive role in determining for Roosevelt that German aims in Europe . . . posed a direct threat to long-term US security."—Diplomacy and Statecraft

"Using her theory of political decision making, Farnham effectively weaves together the diverse and contradictory aspects of Roosevelt's policy into a coherent description of a president intent on acting to address American security needs but responsive to domestic political restraints. . . . She makes a strong case, worthy of consideration."—T. Michael Ruddy, History

"It is refreshing to see a work that takes a different point of view and argues it vigorously, backed with ample evidence. . . . [An] interesting and worthy read."—Mark J. Rozell, APSA Journal

"In this fine book, Barbara Farnham describes and explains Franklin D. Roosevelt's policies and actions toward the Munich crisis of 1938, its background, and its aftermath. She advances a clear thesis that she develops consistently throughout the book. She is perceptive, fair, and balanced in her analyses."—Wayne S. Cole, Diplomatic History

"Solving the FDR enigma is not easy. Farnham's theory, bringing an essentially political dimension to the problem of choice, provides historians with a more rigorous and intellectually viable approach to the problem of decoding FDR."—Waldo Heinrichs, San Diego State University

"This work provides a subtle reading of FDR's actions and motivations. The result is a fascinating, original, and highly readable book."—Fred I. Greenstein, Woodrow Wilson School of Public and International Affairs, Princeton University