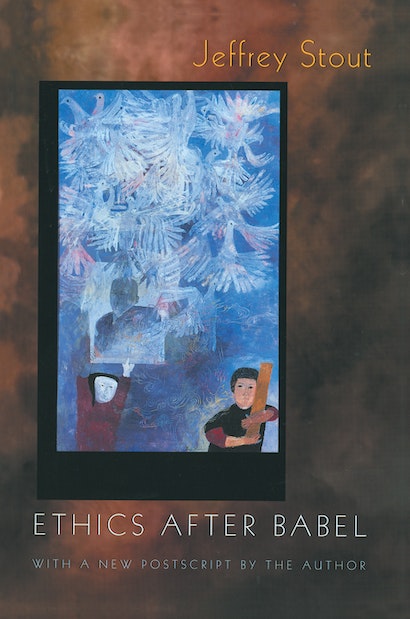 A fascinating study of moral languages and their discontents, Ethics after Babel explains the links that connect contemporary moral philosophy, religious ethics, and political thought in clear, cogent, even conversational prose. Princeton’s paperback edition of this award-winning book includes a new postscript by the author that responds to the book’s noted critics, Stanley Hauerwas and the late Alan Donagan. In answering his critics, Jeffrey Stout clarifies the book’s arguments and offers fresh reasons for resisting despair over the prospects of democratic discourse.

Jeffrey Stout is Professor of Religion at Princeton University.

"Jeffrey Stout is one of the most penetrating and provocative philosophers on the American scene."—Cornel West, Theology Today

"The most thorough and persuasive attempt to date to take account of the multiplicity of moral standpoints in our culture and to argue that it does not threaten coherent moral discourse. An unusually lucid and penetrating book."—J. B. Schneewind, Canadian Philosophical Reviews

"The most imaginative, thorough, and enlightening discussion of moral relativism I have read."—Richard Rorty, University of Virginia

"Professor Jeffrey Stout's Ethics after Babel is in effect the next step forward in public argument about moral language and ethical reasoning beyond Alasdair MacIntyre's After Virtue. . . . The two books together capture the central dialogue about the foundations of ethics at the present time."—Stephen Toulmin, Northwestern University