The case for a thoughtful secularism from some of today's most distinguished scientists, philosophers, and writers 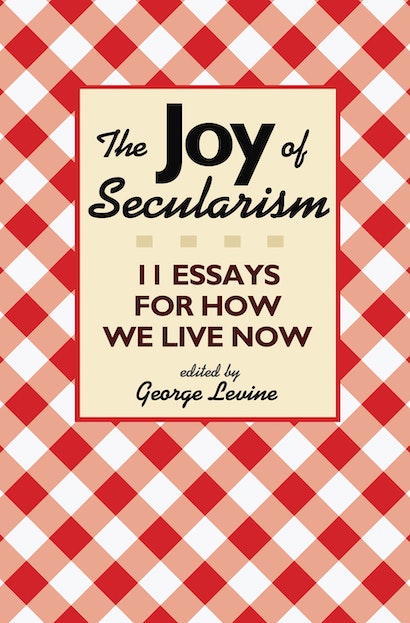 Can secularism offer us moral, aesthetic, and spiritual satisfaction? Or does the secular view simply affirm a dog-eat-dog universe? At a time when the issues of religion, evolution, atheism, fundamentalism, Darwin, and science fill headlines and invoke controversy, The Joy of Secularism provides a balanced and thoughtful approach for understanding an enlightened, sympathetic, and relevant secularism for our lives today. Bringing together distinguished historians, philosophers, scientists, and writers, this book shows that secularism is not a mere denial of religion. Rather, this positive and necessary condition presents a vision of a natural and difficult world—without miracles or supernatural interventions—that is far richer and more satisfying than the religious one beyond.

From various perspectives—philosophy, evolutionary biology, primate study, Darwinian thinking, poetry, and even bird-watching—the essays in this collection examine the wealth of possibilities that secularism offers for achieving a condition of fullness. Factoring in historical contexts, and ethical and emotional challenges, the contributors make an honest and heartfelt yet rigorous case for the secular view by focusing attention on aspects of ordinary life normally associated with religion, such as the desire for meaning, justice, spirituality, and wonder. Demonstrating that a world of secular enchantment is a place worth living in, The Joy of Secularism takes a new and liberating look at a valuable and complex subject.

George Levine is professor emeritus of English at Rutgers University and the founder and former director of the Rutgers Center for Cultural Analysis. His many books include Darwin and the Novelists and Darwin Loves You, and Darwin the Writer.

"[T]he book valuably works over middle ground, the space vacated by both dogmatic religionists and dogmatic atheists. It is tolerant of, and even interested in, the varieties of religious practice, and maintains an engaged and equitable tone of voice. We might call this the New Secularism. . . . Essays . . . by Adam Phillips (on helplessness) and Rebecca Stott (on Darwinian wonderment), make for a nicely prismatic collection, in which the contributors happily pursue their own interests, and are often at their most secular when they're not trying especially hard to be. The book naturally radiates outward from its editorial theme as an ideal medieval town might spread outward—from a relaxed and unpoliced center."—James Wood, New Yorker

"George Levine has put together a diverse collection on what it means to be a secularist, with thoughtful essays from philosophers, historians, literary critics, and evolutionary theorists. . . . The essays are literate and sophisticated."—Simon Blackburn, Prospect

"In his upbeat Introduction, Levine's own joy in his religionless world is amply manifest. He is rapt in nature, especially birds, so expressions of aesthetic awe and wonder predominate. Secularism is not a fall, he affirms. Or rather, it is a fall, but upward (in Amy Clampitt's words) into the dazzling sun. Is life worth living in a (religiously) disenchanted world? 'You bet!' Levine answers emphatically."—Tamas Pataki, Australian Book Review

"This volume . . . is a valuable first contribution to an important topic, and will no doubt inspire much more work in this area."—Whitley Kaufman, Philosophy in Review

"While avoiding triumphalism, these essays make a powerful case for a secularism that is both intellectually rigorous and heartfelt."—Peter D Smith, Guardian

"Demonstrating that a world of secular enchantment is a place worth living in, The Joy of Secularism takes a new and liberating look at a valuable and complex subject."—World Book Industry

"This thoughtful and thought-provoking collection avoids complacency and includes many voices, some of them warning against the perils of enchantment, secular or religious. It draws on poetry, philosophy, psychoanalysis, and primate studies to consider again the place of the human and the possibilities of meaning."—Gillian Beer, author of Darwin's Plots

"George Levine has assembled a truly extraordinary array of minds and hearts in this collection. Far from the strident clamors of the Intelligent Designers and the New Atheists, the contributors provide a rich array of approaches to what it means to live—really live—in a secular world. These philosophers, scientists, historians, and writers show us the wonder of the world that persists not despite Darwin, but because of him."—Michael Gordin, Princeton University

"Can a purely secular life be meaningful and fulfilling? Some would say no, and others would give a resounding 'of course!' It may seem surprising that such questions are still under debate, but as this diverse and fascinating collection shows, the issues are very much alive. The variety of views will bring delight, stimulation, and even frustration to readers. This will be an excellent text for students and scholars in many disciplines."—Kevin Padian, president, National Center for Science Education

"This remarkably rich and stimulating book does much to enhance and enrich our understanding of the historical and ethical complexities—and possibilities—posed by Darwinian naturalism. By eschewing dogmatism, condoning passion and emotional engagement, and promoting rigorous intellectual pursuit, this lucid and important collection sets a benchmark for future interdisciplinary work."—David Amigoni, author of Colonies, Cults and Evolution